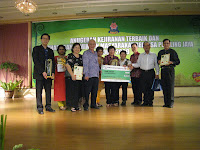 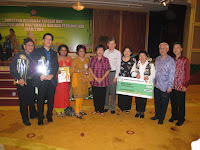 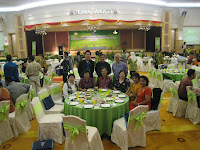 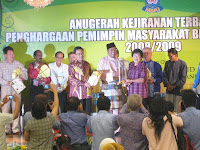 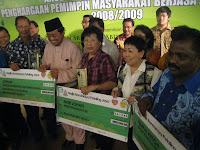 The contest, which began in 2001, sees judges from several non-government organisations visiting the participating neighbourhoods to interview the residents and also to see the projects implemented by the people for the community there.

The competition also looks at how the neighbourhood committee communicates with the city council and works with the authorities towards making the community a better place.

Selangor Mentri Besar Tan Sri Khalid Ibrahim presented the awards to the winners. DJ ROA in Damansara Jaya was chosen as the best neighbourhood this year BAGGING a RM50, 000 development fund and a trophy.

I am pleased to announce that our very own neighbourhood, SS20, having entered this competition this year for the very first time ever, won 2nd place (out of 25 contestants) and bagging a trophy and RM30,000 development fund! Congratulations to the RT SS20 committee members, security zone members and all residents who have made this achievement possible. On top of this our very own RT Chairwoman, Pn Eileen Thong was among three leaders who won Best Local Leader competition and were chosen based on their leadership, excellence in organisation and committee’s initiative. Congratulations Eileen!

Eileen Thong would like to provide a special mention to Selina, Kit and Gek Ean for comiling reports and proof of RT activities, documentation received, newspaper cuttings, powerpoint presentation which were submitted at the eleventh hour and by burning the midnight oil. Also, Eileen would like to thank her son, Thong Weng Hon for his support in bearing administration and various office charges that Eileen incurred on his legal firm when executing the contest submission documents.

According to the judges, they chose RT SS20 as one of the winners because of the following: -

On the actual meet the judges day at the end of May 2009, all of the residents of SS20 put up an incredible show of support together with the invalueable help and presence of the the PJ police force together with their horses and dogs units, headed by Supt Razak. In addition, RT SS20 would also like to thank the support and kind hospitality shown by Damansara Specialist Hospital, in particular En Ismail, Madam Khoo, En Hazlin and Ms Juanita.

The Central Zone Committee headed by Dato Koh, Leong, Alex and Andrew also played a tremendous role that day in preparing the field and Jacqueline and Kit also did well in organising the children for the "welcoming of the judges". Eileen would also like to thank all residents who contributed one way or another especially Mary, Say Poh, Datin Koh and the list goes on...

I have been a resident here in SS20 for over 7 years now and I must say that the past 18 months have seen many positive changes in this neighbourhood ranging from security improvements, gotong royong, community events and greater neighbourood friendliness in our area. Our neighbours are getting to know each other very well. With the additional RM30,000 for the whole area of SS20, I am certain the RT SS20 committee will listen to the needs of the community and would channel the development funds to improve the welfare of the residents.

Keep up the great work! Its exciting times for SS20!