The Selangor Times – 24 Feb 2012
By Basil Foo﻿﻿
﻿PETALING JAYA: Residents were left fuming when officers from the Petaling Jaya Municipal Council (MBPJ) tore down a security barrier in their neighbourhood on Jan 12.

“Certain areas can (set up barriers), and certain areas can’t. People are putting it up everywhere, why pick on us?” asked SS20 resident Datuk Dr Vincent Ng.
The barrier, made of steel drums welded together, and chained and locked, was placed across Jalan SS20/17 by the SS20 Rukun Tetangga in 2009.
The 61-year-old retiree said he had every cause for concern as a few days after the barrier was removed, a theft occurred when thieves climbed over the gate to steal shoes.
“If the government wants to fight crime, we are helping. Don’t go and sabotage our efforts,” he added. Ng said before the barrier was put up, his house was broken into by thieves who stole goods worth about RM20,000.
Under gated community regulations, boom gates must be manned at all times and barriers can only be placed across roads from midnight to 6am.
“Transforming a neighbourhood from open to gated, semigated, manned, or semi-manned depends on the residents’ decision,” he insisted. He explained that the central zone in SS20 which he lives in has seven entrances and employing guards to man all the openings takes a financial toll on hem.
Ng said before the barrier was demolished last month, the system most of the residents agreed on was the blocking of two access roads into the neighbourhood.
The other entrances only had boom gates, left open at all times, which according to resident HuiSeng Kit, could deter casual thieves. “The barriers and boom gates are there to make it inconvenient for thieves. Even so, hardcore thieves could still come in,” he said. The 53-year-old consultant said in the two years before the barriers were put up, he was the victim of  two robberies.
Long-time resident Andrew Chong, who has stayed in SS20 for 35 years, recalled how his neighbour’s sister was slashed on the neck by two youths on a motorcycle. “They used a retractable blade knife in broad daylight. They wanted her handbag. We had to call the ambulance and the hospital fees came up to RM7,000,” he said.
The residents urged the authorities to allow the neighbourhood to block certain roads for the security of their area.
When contacted, MBPJ councilor Mak Khuin Weng said the council had been put in a no-win situation. “The legal way to resolve this is to tear down all barricades, but that will only incur the wrath of residents,” he acknowledged.
Posted by ss20pj at 11:15 PM No comments:

Dengue is on the rise again!

1. Regularly check for stagnant water in potted plants and other containers
2. Use a good mosquito repellent. Spray under beds and behind curtains
3. Wear light coloured clothing
Posted by ss20pj at 10:54 PM No comments: 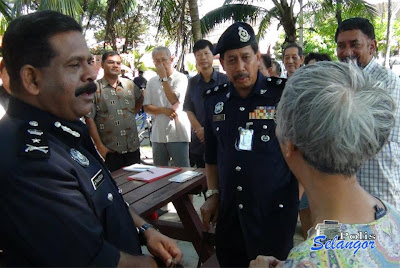 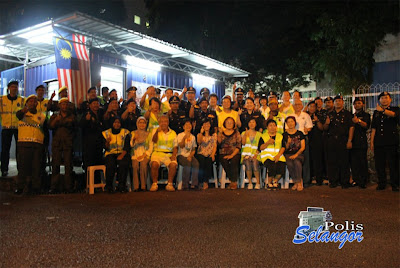 SS20 residents were pleasantly surprised when told that the Selangor CPO, Dato’ Tun Hisan Tun Hamzah will be on a walkabout and doing some high profile policing in Damansara. Not only that he will also be visiting them on their regular Thursday Community Policing night. 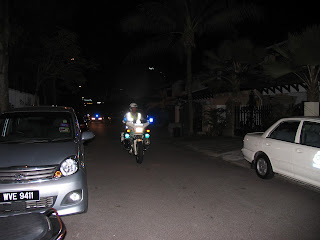 So on the night of 9 Feb 2012, they warmly welcomed the Selangor CPO who arrived with his entourage of police officers from IPK Selangor and numerous senior officers to encourage the SS20 community on their proactive partnership with the police to reduce crime.
﻿﻿ 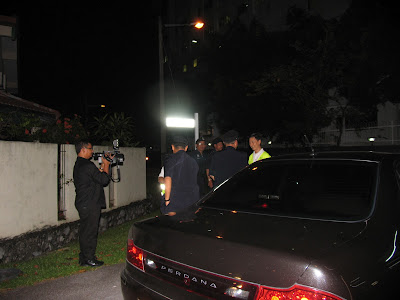 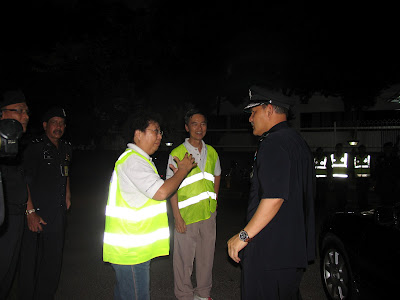 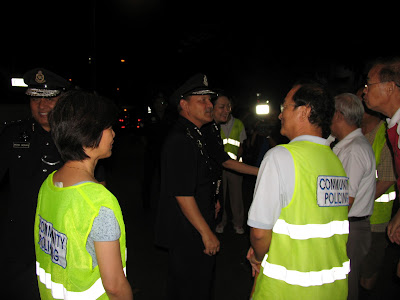 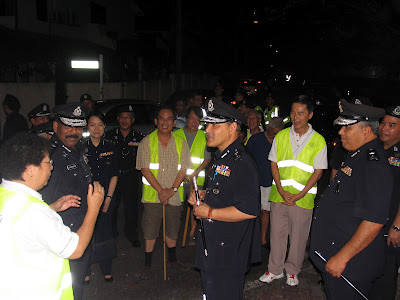 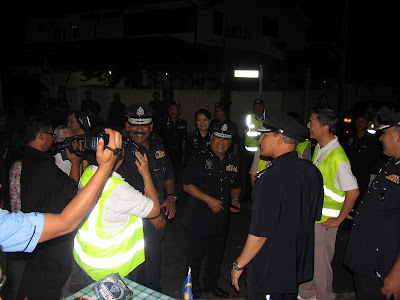 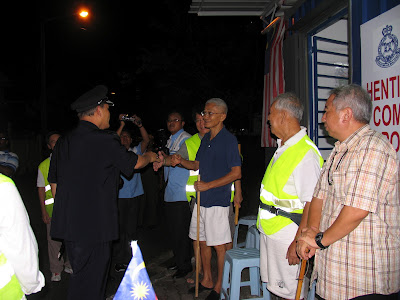 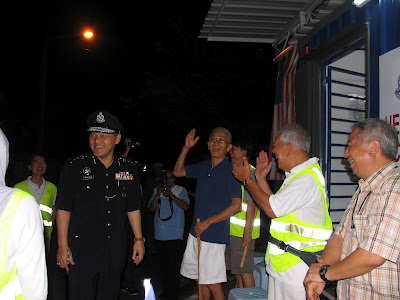 The CPO took a tour of the Central Zone Community Policing Cabin with Puan Eileen Thong and Dato' Koh. 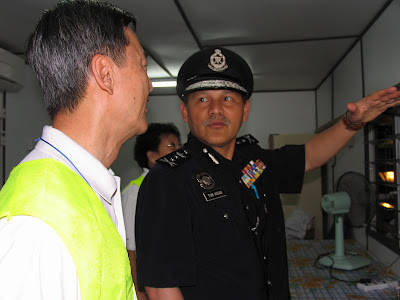 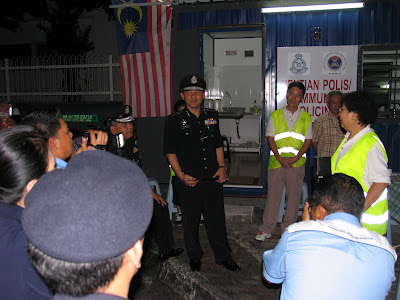 The CPO told us that his men are always there to help us and encouraged us to call them whenever we face any security problems. He also shared some crime prevention tips with the residents like it's not advisable to build high walls around our houses as this will block visibility thus offering opportunities for intruders to enter our homes. 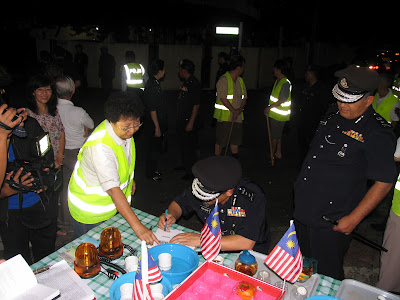 Some residents also took the opportunity to have the CPO autograph the book  ‘Beyond Policing – The Strategic Shift’ which was co-authored by him..

The CPO and his senior officers then launched the Bicycle Patrolling Squad initiated by Dato’ Koh. Later, mandarin oranges were presented to the police.﻿ 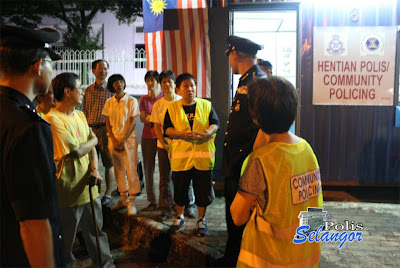 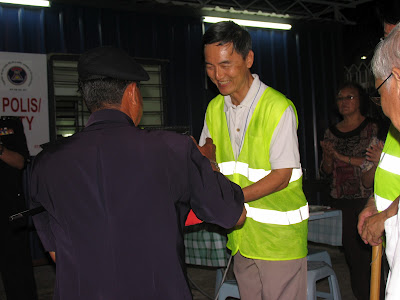 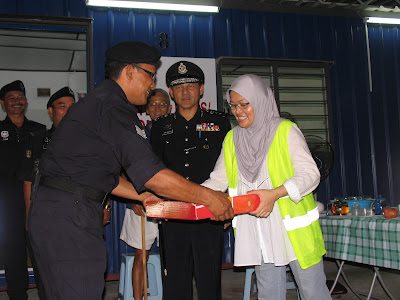 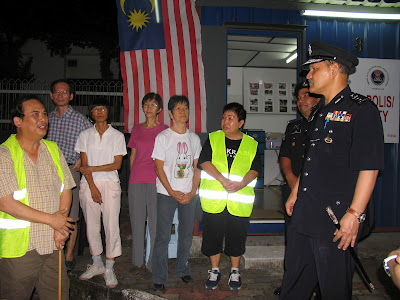 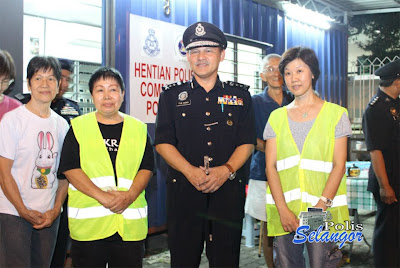 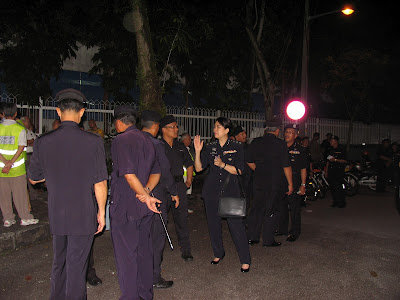 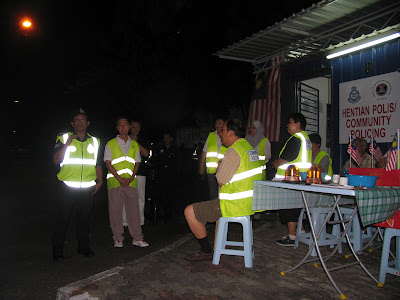 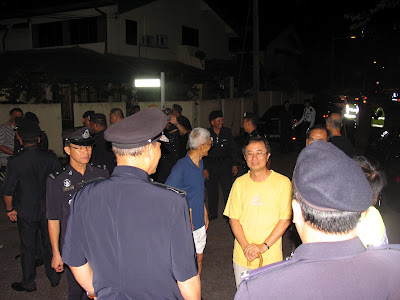 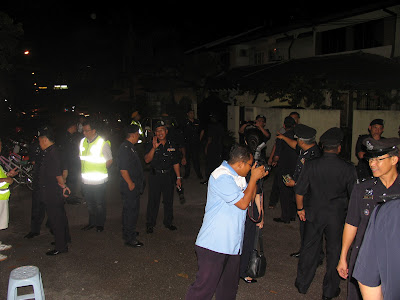 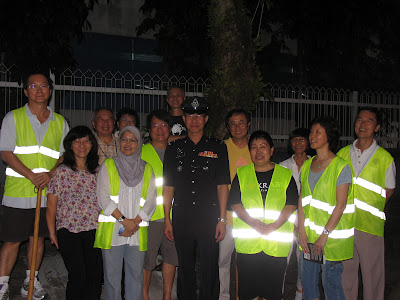 ﻿ It was an informal meeting where the police mingled freely and chatted with the residents like one big happy family and residents were captivated by the charming and friendly personality of the CPO! 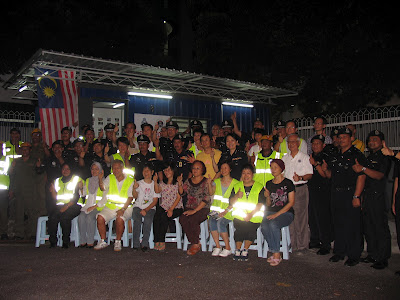 Give input on draft plan

State executive councillor for housing, building development and squatters Iskandar Abdul Samad said the council could create focus groups that were part of the larger areas identified for the RKK exercise.

“The state government wants the council to better address concerns of those residents who live or work in PJU 1 and 2, PJS and SS areas.

“Most people are busy and do not have time to come to the council’s headquarters to view the draft plans,” he said after launching the RKK at Royale Bintang Hotel in Petaling Jaya yesterday.

Iskandar directed MBPJ to display the draft plan at places of worship.
“Places of worship are an excellent focal point to encourage particpation of local residents. MBPJ must enlist the cooperation of the mosques, churches Hindu and Buddhist temples to have the public display at their grounds on weekends,” he said.

RKK is a short-term development plan to build roads, highways and public amenities.

Iskandar said all the areas under the RKK involved 426,301 residents.
“We want the people to provide constructive feedback and not just oppose development.
“If a resident living in Mutiara Damansara in PJU7/1 is against a highway then list down the reasons with photographs to show the implications to the neighbourhood,” he said.

Objections to the proposed plans in the RKK is open for a month, from today until Feb 29.
“Once MBPJ’s planning department has examined the feedback, than a public hearing will be held. The feedback would be given to the state planning committee before it is gazetted.

“We expect young professionals to take full advantage of the public display and hearing. It would be good to see residents’ groups voicing their concerns,” he said.
Posted by ss20pj at 10:11 PM No comments:

Email ThisBlogThis!Share to TwitterShare to FacebookShare to Pinterest
Labels: MBPJ, RKK, The Star