Since the formation of the RA SS20 Central in Aug 2013, the committee under the leadership of Dato' Dr Vincent Ng has organized 13 activities for the SS20 Central Zone community to date.. To add another feather to their cap, they have also won RM3000 consolation prize money from MBPJ when they participated in the Anugerah Perdana Komuniti Mampan PJ 2014.

The RA 2nd AGM went smoothly on Sat, 28 Mar 2015 without any incidents or objections.
A new committee was elected with many new faces. Dato' Vincent and Dato' Koh were re-elected as the Chairman and Deputy Chairman of the RA respectively.

Congratulations to the re-elected and newly elected members. We hope the new members will bring fresh ideas and continue the good work of the previous committee. 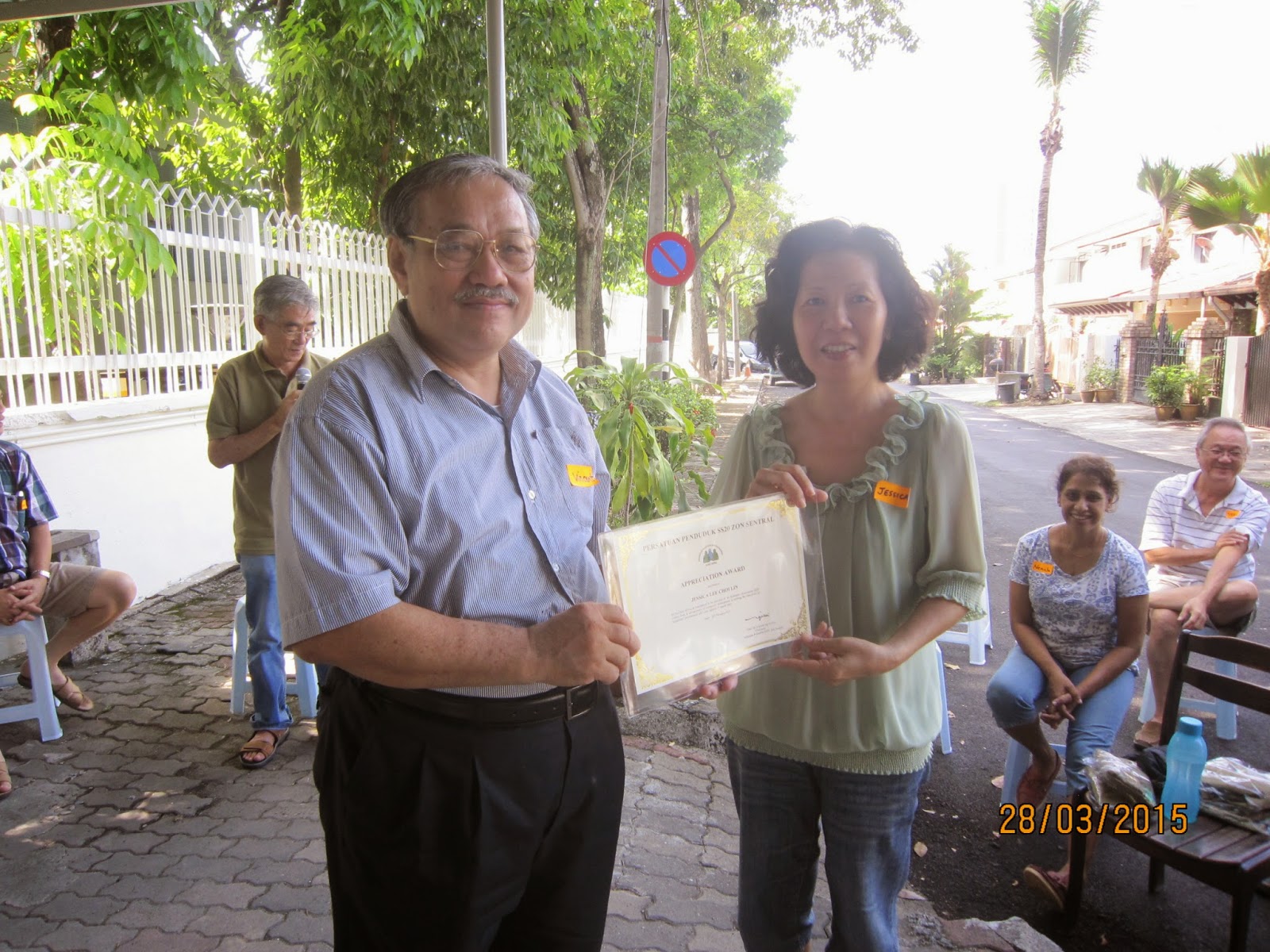 Jessica and Mogan were some of the residents who received appreciation award from Dato' Vincent in recognition of their service and contribution to the SS20 community. 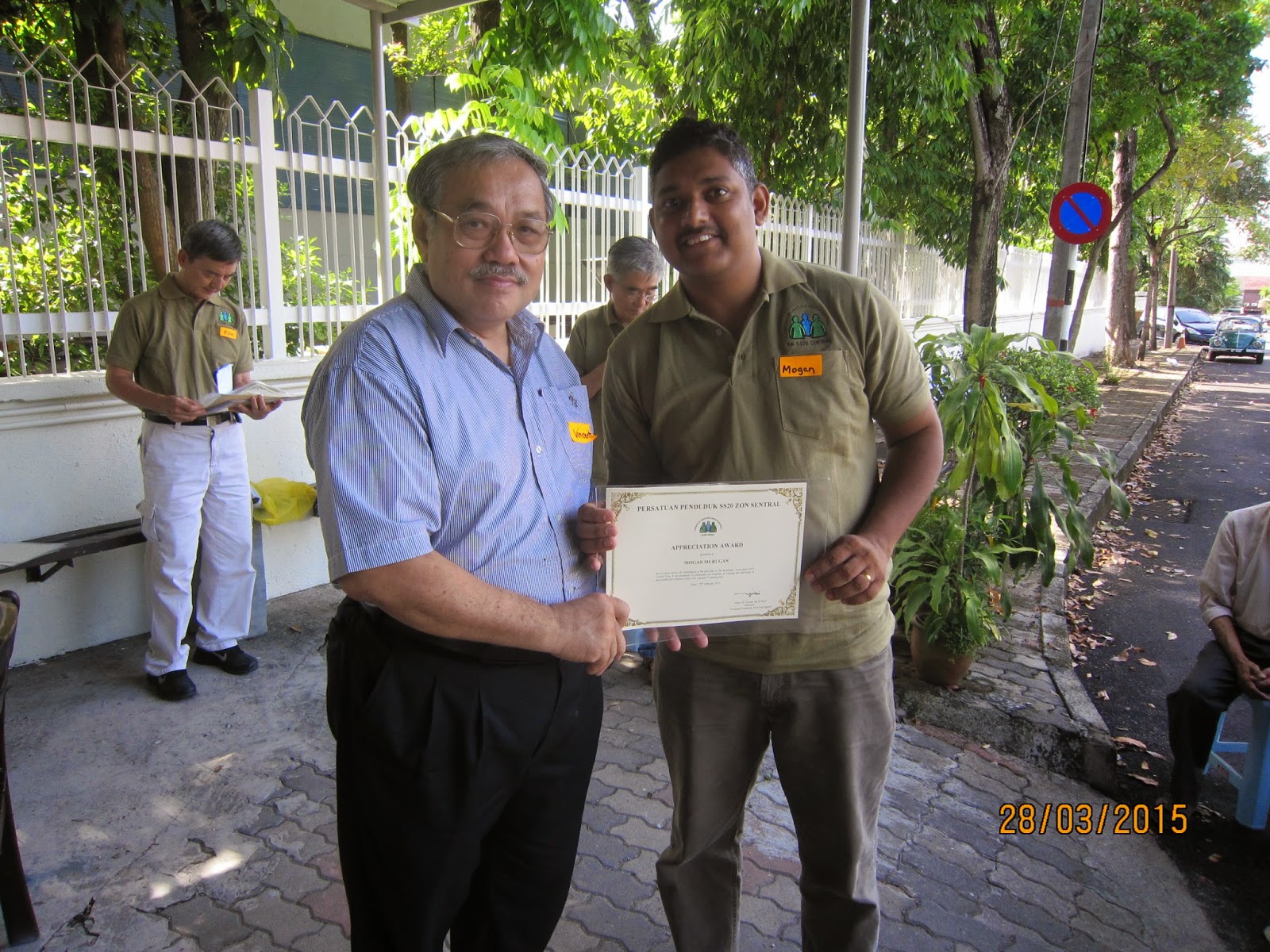 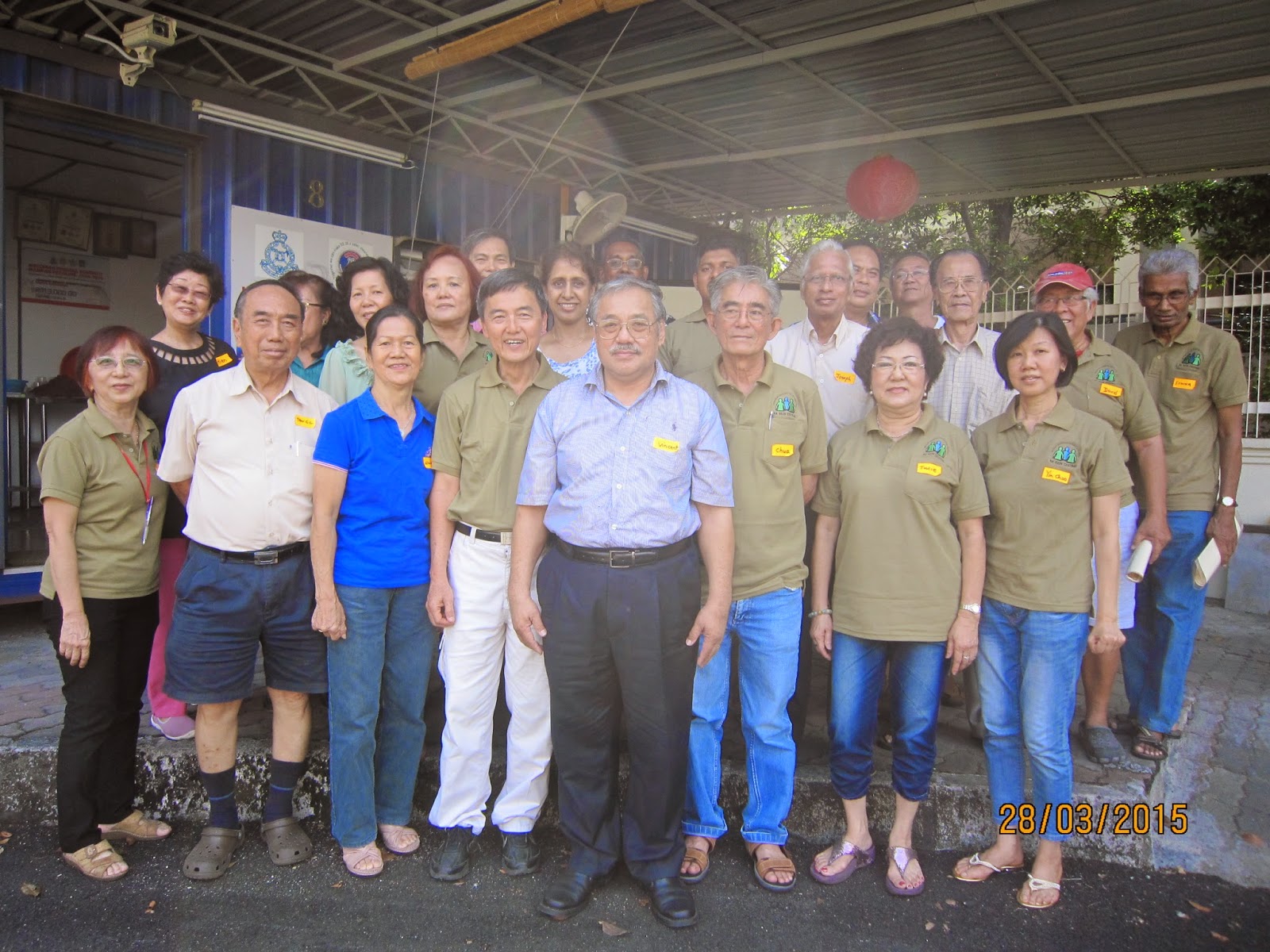 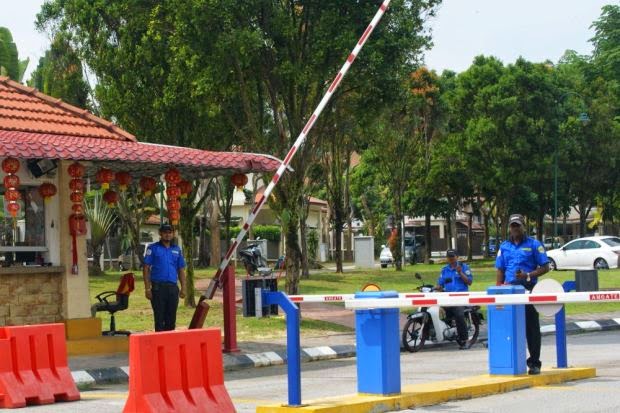 PUTRAJAYA: The Federal Court has ruled that the use of boom gates across public roads and guardhouses in residential areas is legal.
A five-member panel, chaired by Chief Judge of Malaya Tan Sri Zulkefli Ahmad Makinudin, said regulated access to a defined area was not an obstruction in law, particularly if it was for security purposes.
"It is so only if one is denied access to a public place. It is not a barricade that is placed across a public road that denies access altogether to all who wish to enter," said Justice Zulkefli in his 18-page judgment delivered on March 19.  ... READ MORE .......
Posted by ss20pj at 11:08 AM No comments:

Residents Association members of SS20 Central Zone are invited to their association's 2nd AGM to be held as follows:

Please attend this important meeting of the residents' association.


Your support is greatly appreciated, for the current and the next committee (to be elected at the AGM).
Posted by ss20pj at 9:41 AM No comments: 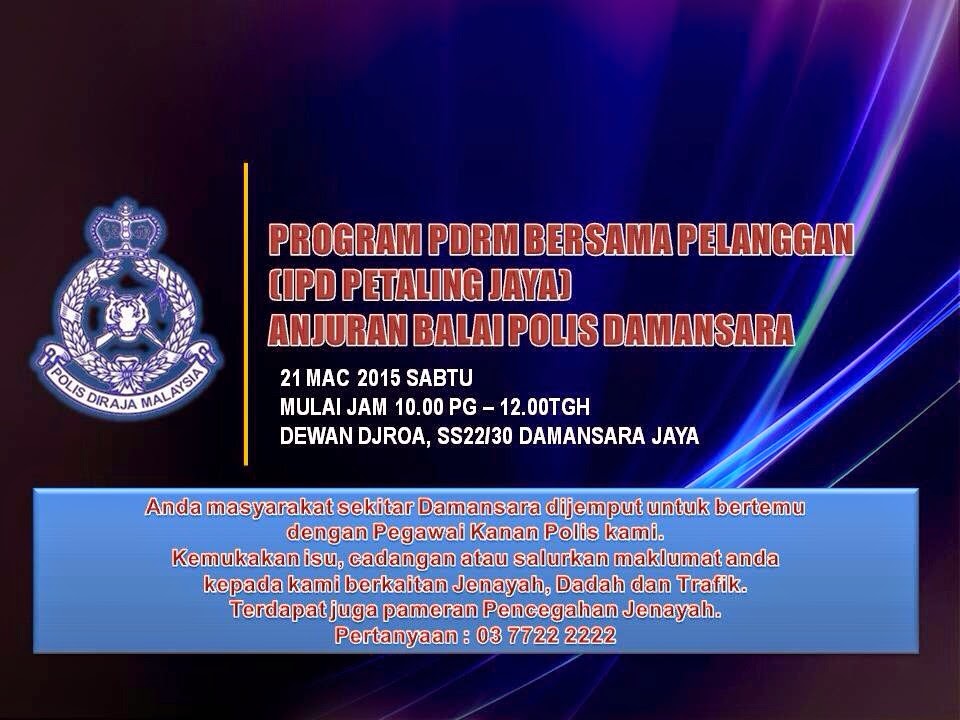 The police will be holding a dialogue session with residents on:

Various Selangor Police department heads will be present at the dialogue.

Attached is a form for you to document your issue for discussion.
Copies of the forms are available at Sin Yoon Seng and Cabin 8, Jalan SS20/14. 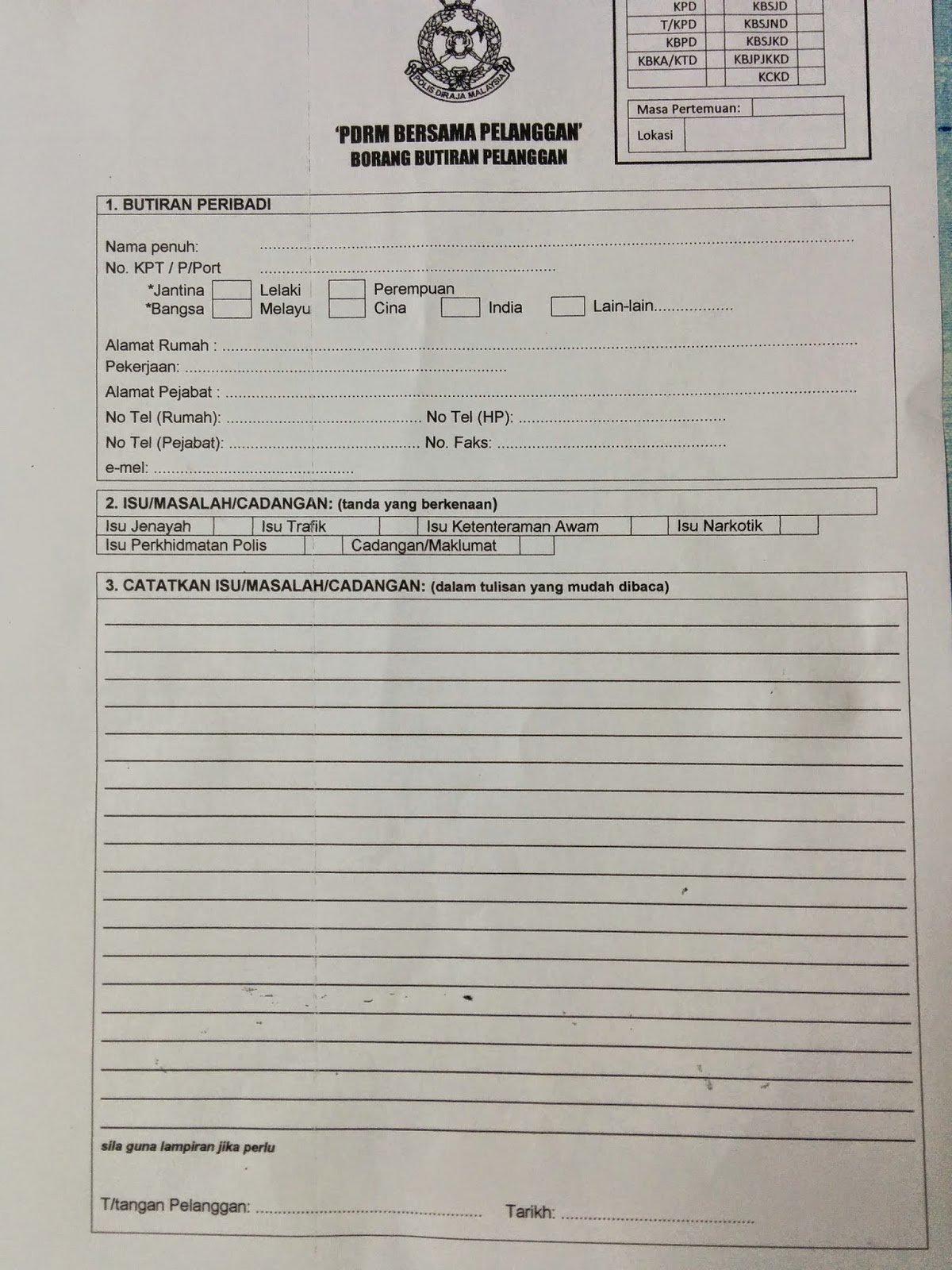 PETALING JAYA: Netizens are outraged over the news that a chef and his son are being charged with murder after allegedly killing a robber who broke into a house where they were staying.
Chef Mo Yi Hong, 56, and his son Wei Qiang, 28, are facing the death penalty for the alleged murder of Chen Wen Bao in Seremban, Negri Sembilan on Feb 24.
Chen allegedly slashed Mo's wife Guo Shu Lan, a Singaporean, before the family fought back.  Read more ....
Posted by ss20pj at 11:07 PM No comments: 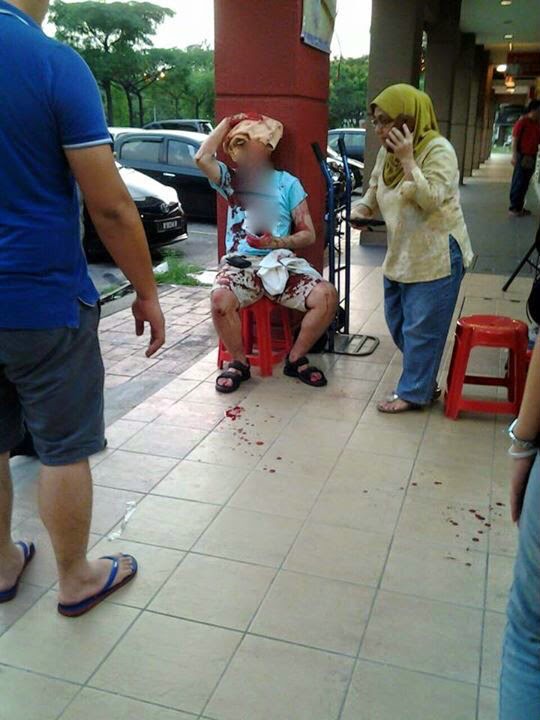 PETALING JAYA: An IT consultant was slashed and robbed while he was checking his bank balance at an ATM in Kota Damansara. 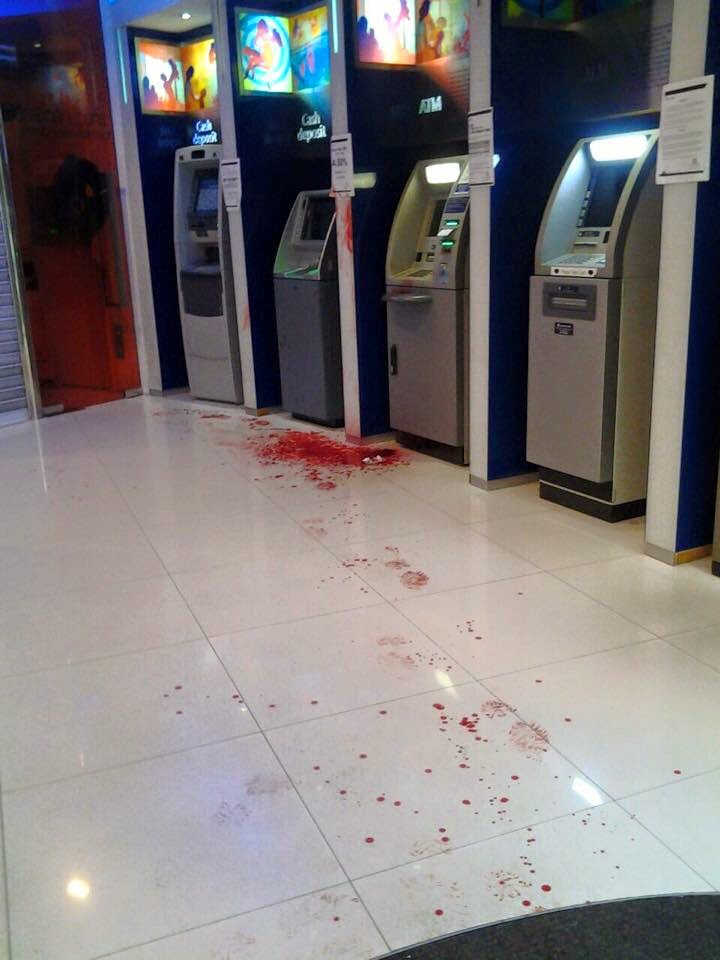 A man wearing a full-face helmet is reported to have walked up to the victim and brandished a knife in the 6.30pm, Sunday incident.
Petaling Jaya OCPD Asst Comm Azmi Abu Kassim said the robber had forced the victim to withdraw RM1,000 from the ATM.
“After taking the cash, the robber tried to grab the victim’s ATM card and there was a struggle. The robber slashed the man a few times before getting away,” he told The Star Online.
ACP Azmi added that the robber got onto the motorcycle of an accomplice to flee the scene.

A boisterous start of the year of the goat with lion dance and lots of food was witnessed in SS20 on Saturday, 28 February. 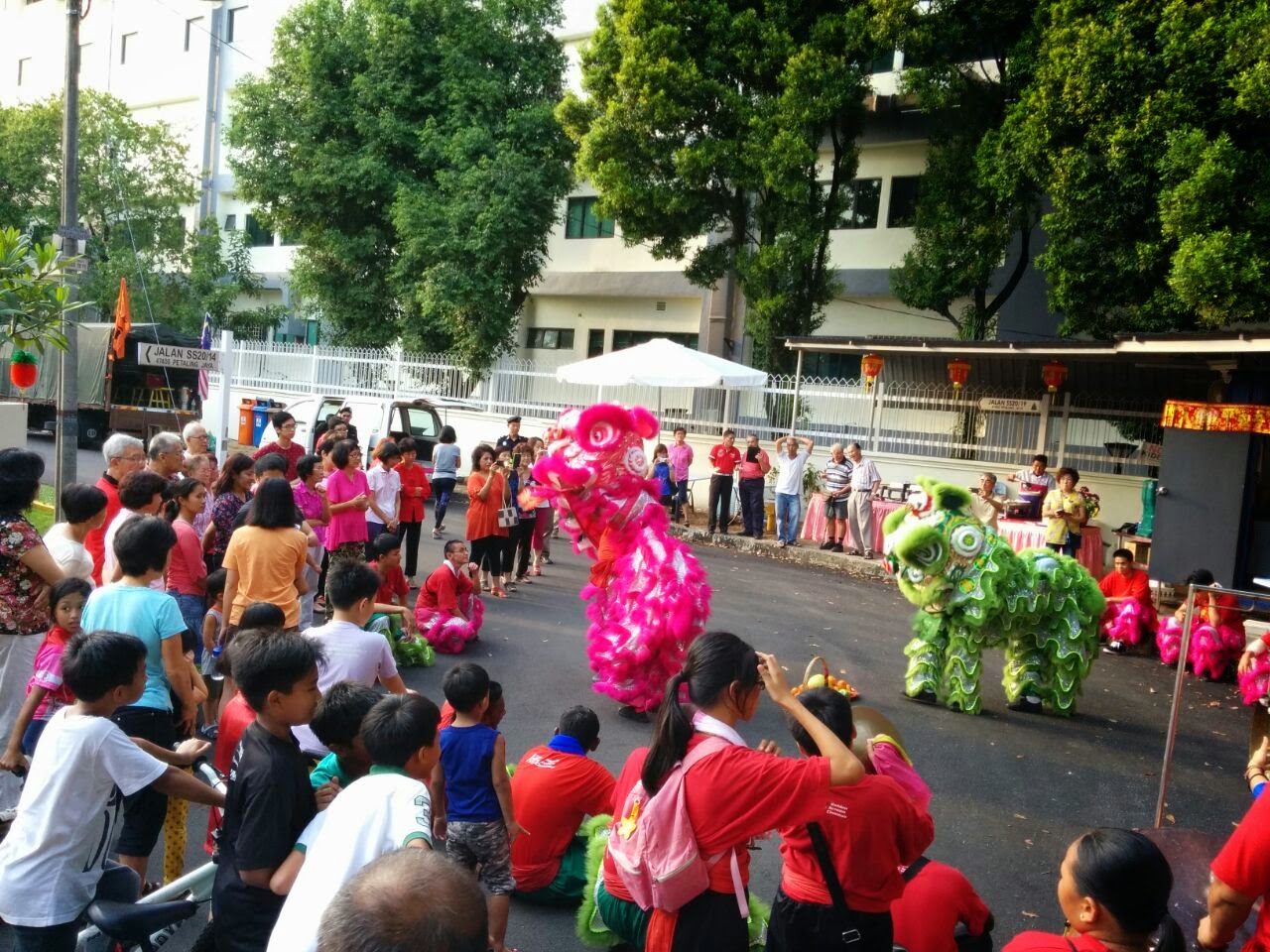 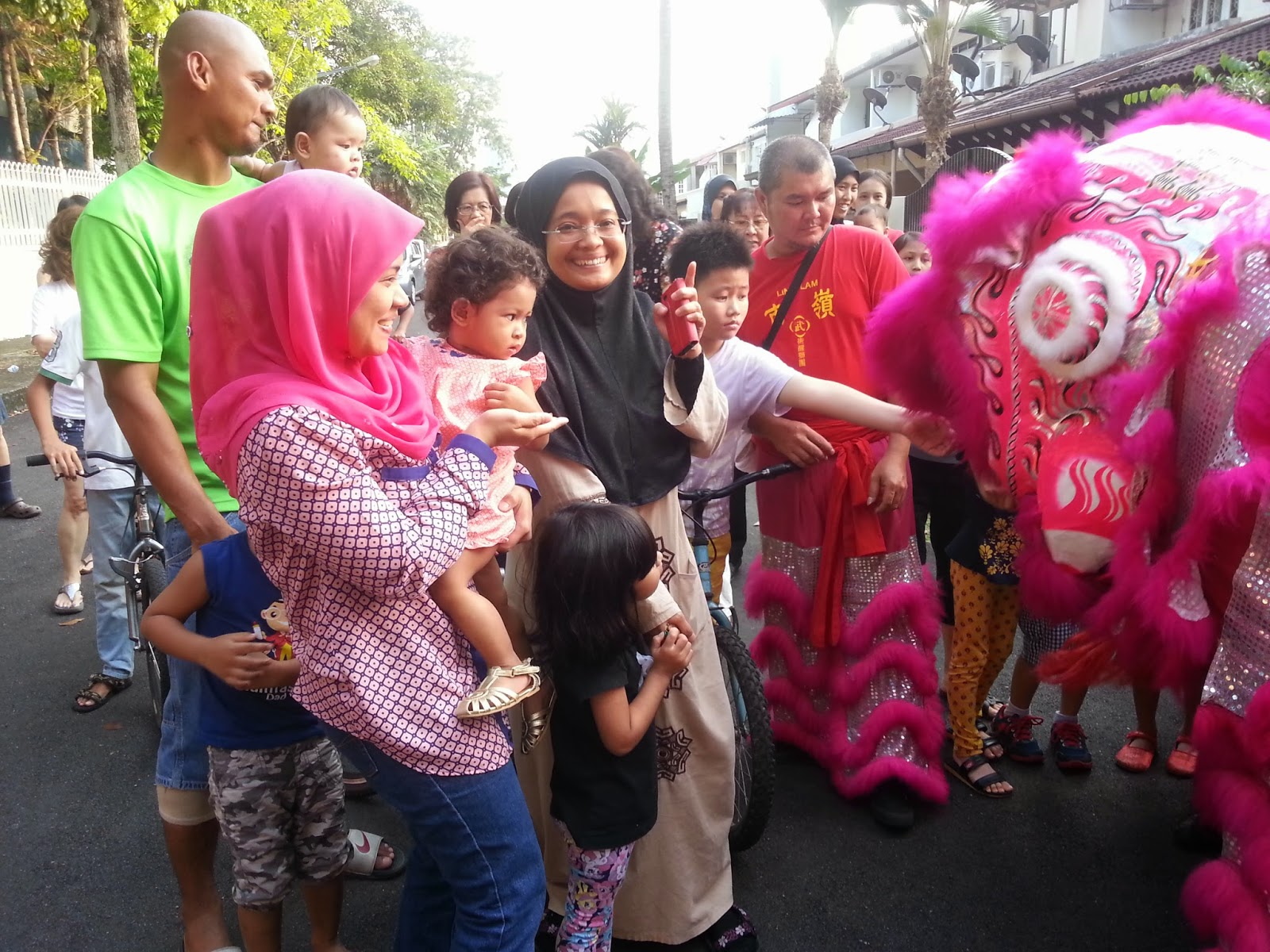 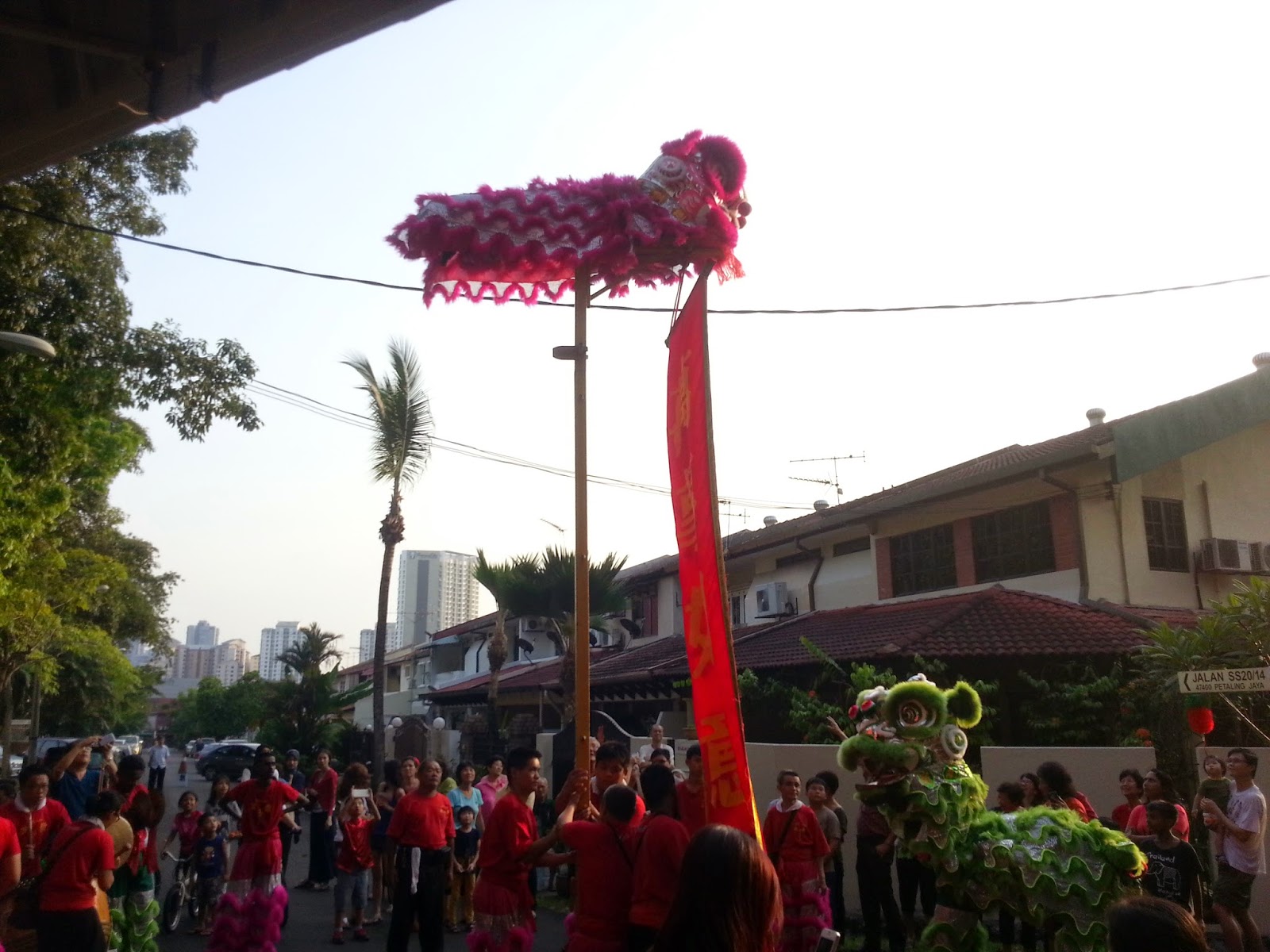 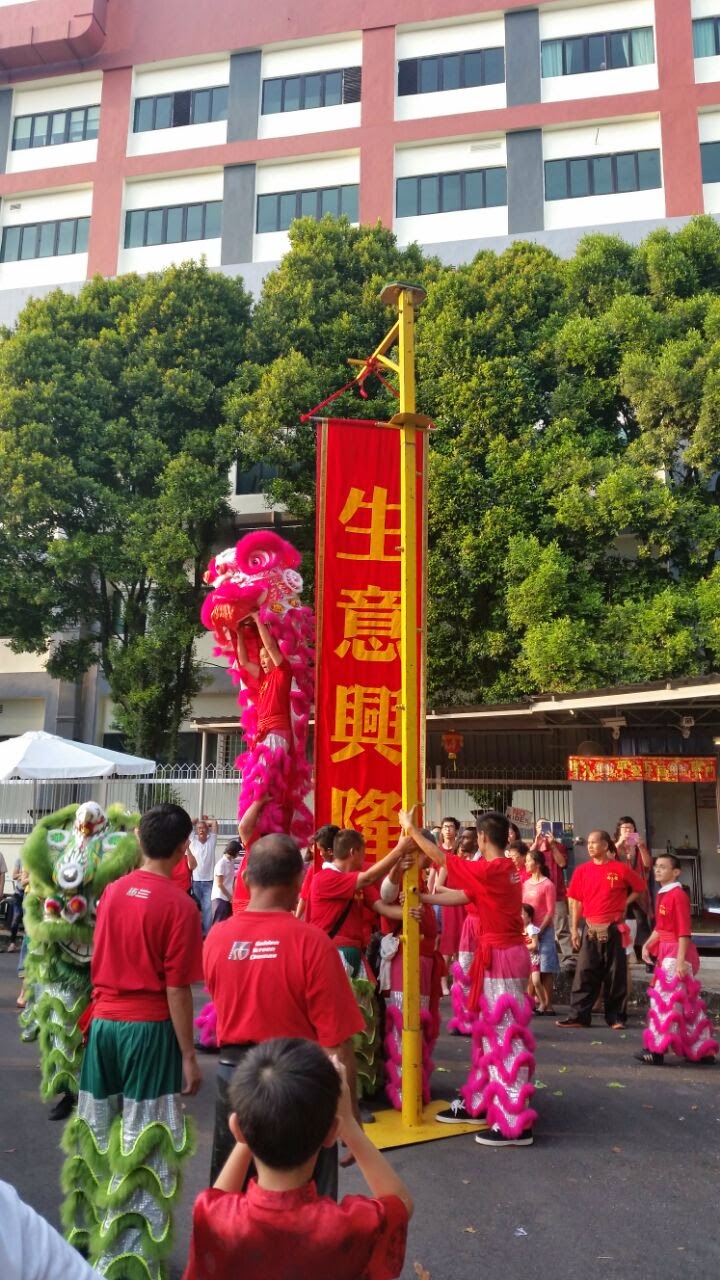 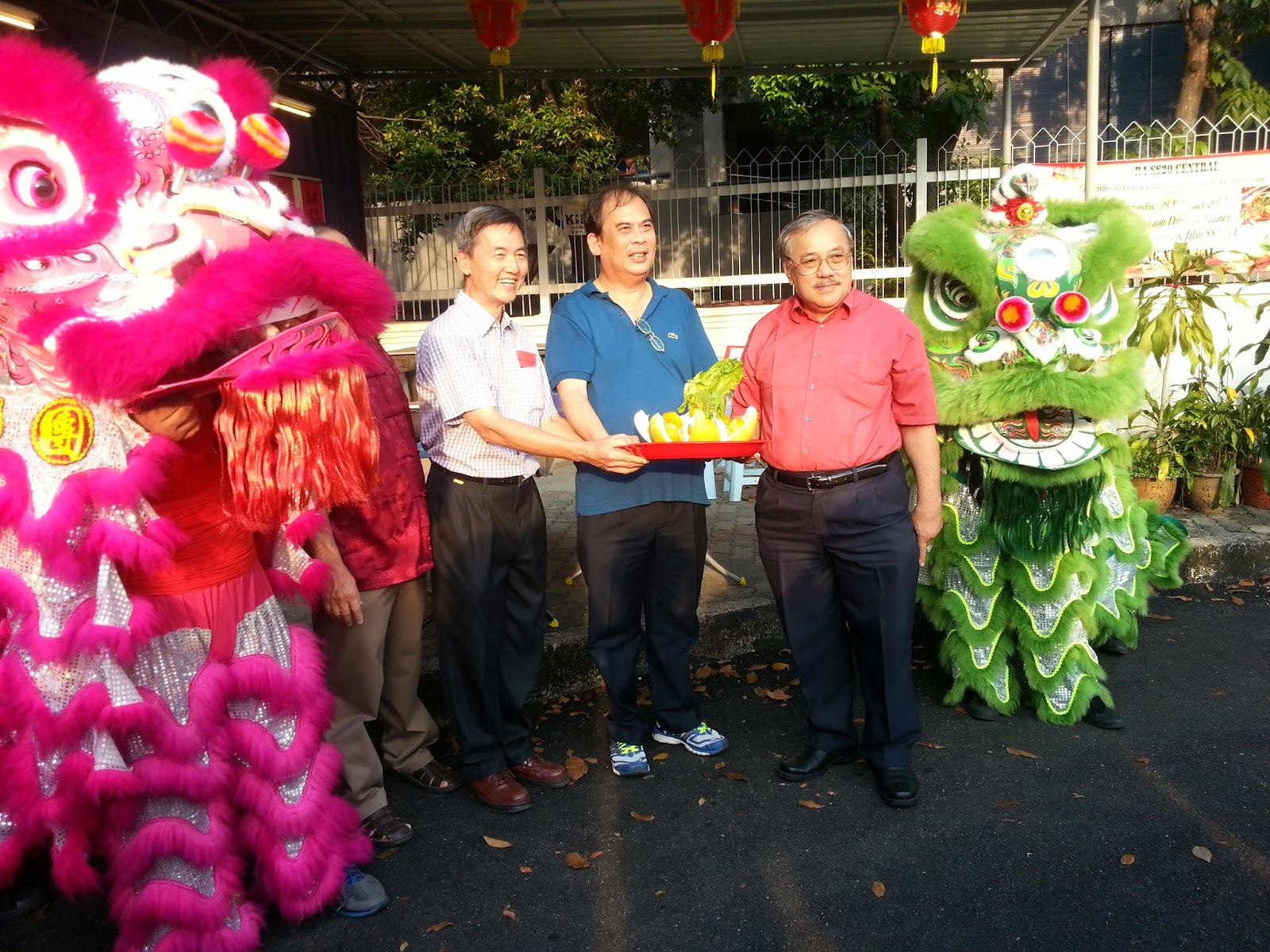 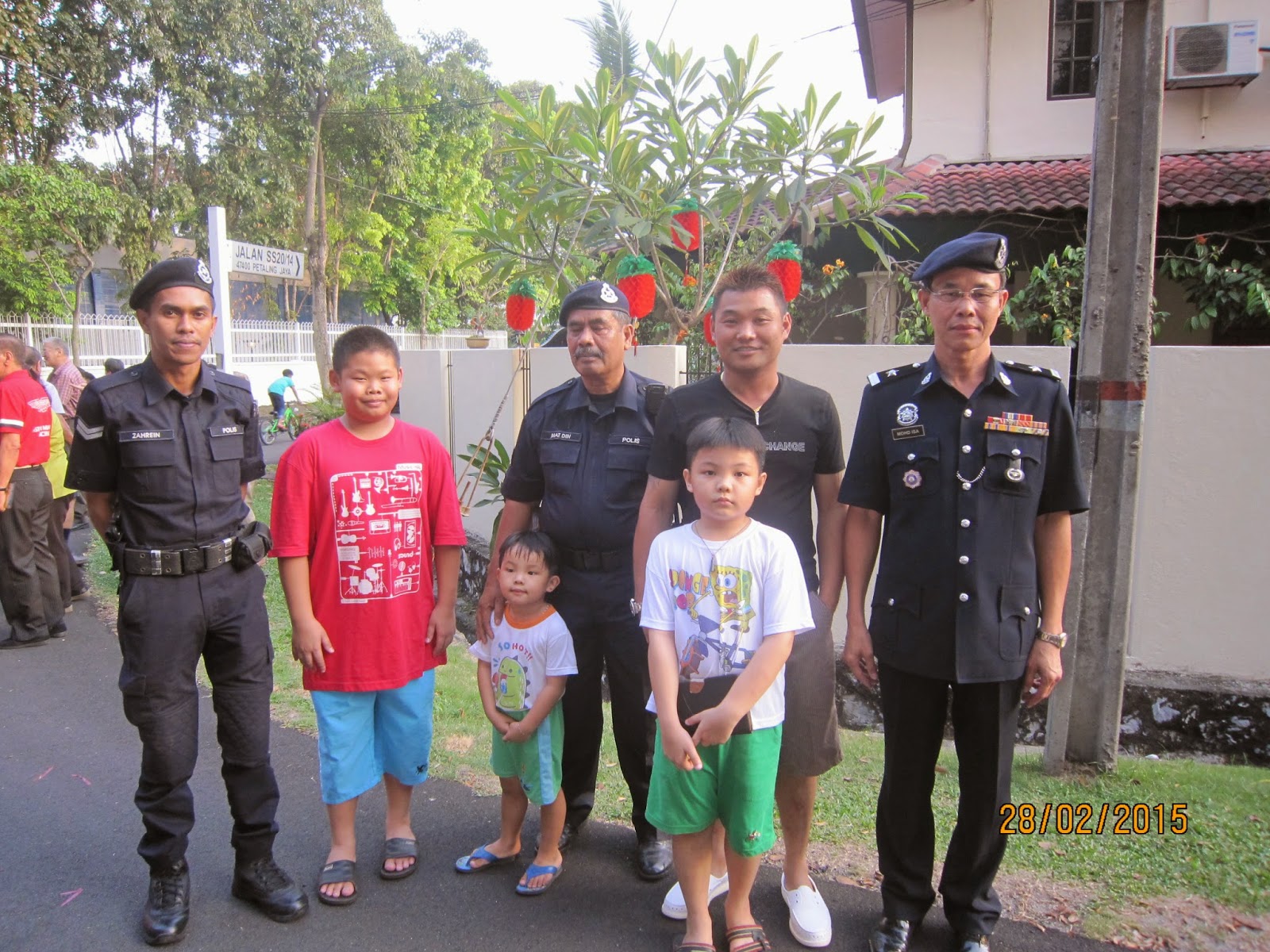