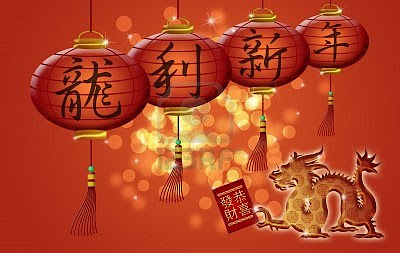 By Basil Foo, Selangor Times, Jan 13-15, 2012 / Issue 57
PETALING JAYA: An illegal security barrier on Jalan SS20/17 was torn down by Petaling Jaya
City Council (MBPJ) enforcement officers despite protests from residents yesterday.
“The barrier is an inconvenience. Not everyone wants it. We are acting on complaints by some
residents,” said MBPJ public relations officer Zainun Zakaria. She said the road leading to the hindered ambulances from passing through, especially during emergencies. Zainun, who was at the site, said a notice dated Dec 29 was handdelivered to the residents here to remove the permanent barrier.
“If the residents are concerned for their safety, they should follow proper procedures,” she said.
Regulations only allow boom gates which must be manned at all times and can only be closed from 12am to 6am.
Enforcement officers removed eight steel drums which were filled with water, welded to each other with metal rods, and chained to light poles.
“This is not fair. The majority of us want this barrier. Crime has gone down a lot since this was put up,” said resident Wong Yin Choo, who was present at the site.
A resident who only wanted to be known as Koh said the barrier was put up in 2009 as the neighbourhood was then terrorised by “vicious snatch thieves”. He said the neighbourhood had previously experienced up to three snatch thefts a week, with some victims being slashed before losing their valuables.
“The authorities are making the matter worse. The crime rate is bound to go up after these barriers are removed,” said resident Hoe Yan Lian.
Posted by ss20pj at 12:13 AM No comments:

AN operation by the Petaling Jaya City Council (MBPJ) to bring down a permanent barrier of huge drums in Jalan SS20/17 in Damansara Kim, Petaling Jaya, saw several angry residents protesting against the move.

Just as the enforcement officers were cutting the chains that were holding the drums together, some residents were seen raising their voices. Read more .....
Posted by ss20pj at 11:12 AM No comments:

Car stolen at Jalan SS20/10 in front of the hospital a few days ago.

For residents in the Central Zone, please be more vigilant because today, a big group of MBPJ staff came in a 4WD, 2 big trucks and an excavator to remove the drum barriers placed at Jalan SS20/17.
This means that the bad guys can enter via this road and also make their escape easier ..... 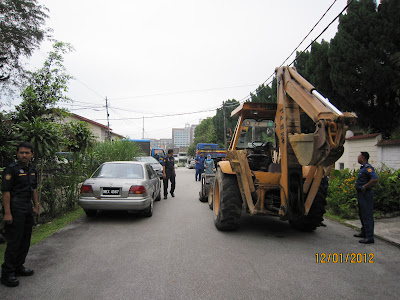 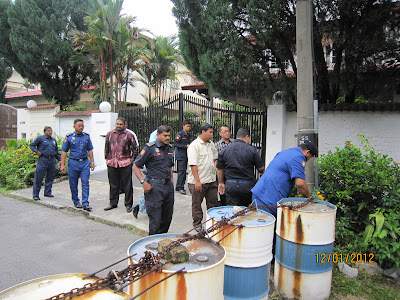 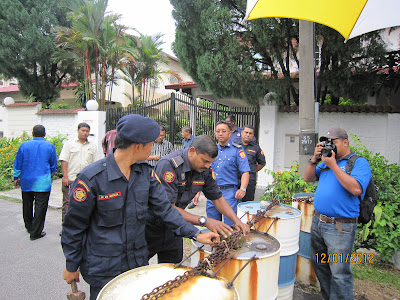 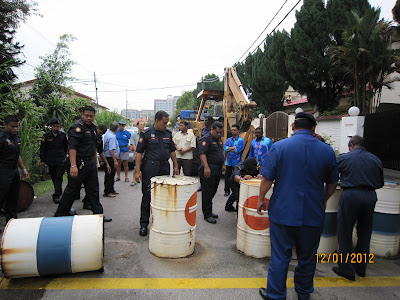 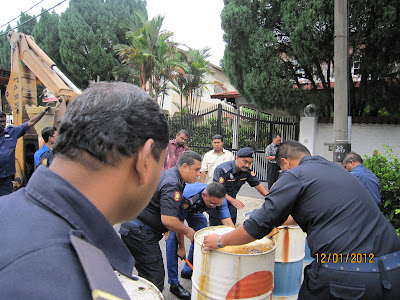 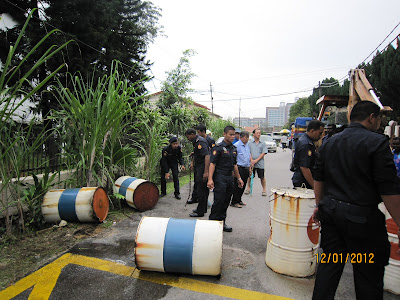 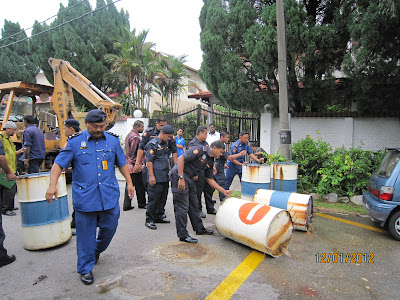 THE Taman Tun Dr Ismail (TTDI) market will be retained at its original site. It will, however, be incorporated into the redevelopment of the area.


The  Federal Territories and Urban Wellbeing Minister Datuk Raja Nong Chik Raja Zainal Abidin in a meeting with the TTDI market action committee representatives at his office here, recently, the minister said the redevelopment is still in the pipeline.  Read more ............
Posted by ss20pj at 1:03 PM No comments:

A shophouse along Jalan SS20/10 was broken into a few nights ago and RM150,000.00 has been reported stolen from the shop.


Happy 2012!
Wishing you a year with new peace,
new hopes and new horizons! 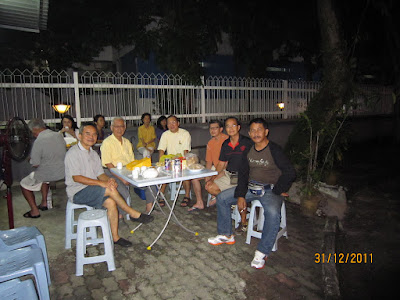 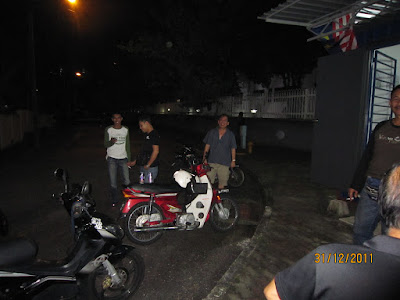 The Gated and Guarded Scheme was launched at the Northern Zone on 31 Dec 2011 in the presence of Mr. Richard Yap, Special Assisstant of Dr. Cheah Wing Yin, Mr. Mak, MBPJ Councillor for SS20, other invited guests from neighbouring communities and SS20 residents.
﻿﻿﻿﻿﻿﻿﻿
﻿ 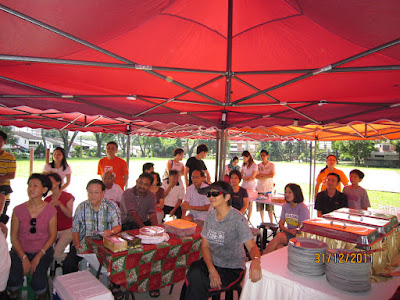 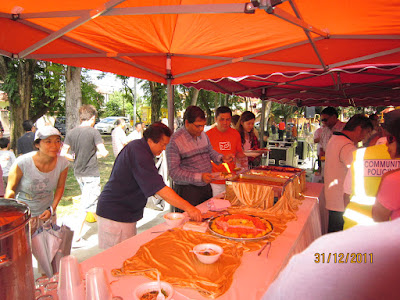 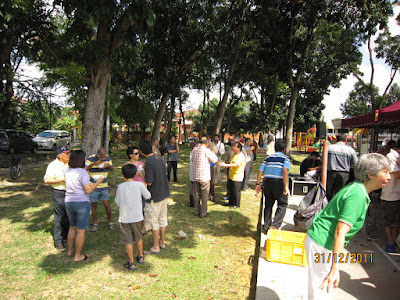