Robber ‘nailed’ down in chase

PETALING JAYA: A dramatic cat-and-mouse chase that saw policemen and robbers scaling fences and rooftops ended painfully when one of the suspects landed on a nail-studded wall in Section 17 here.

The protruding nails at the home of The Star deputy chief photographer Andrew Chong pierced through the sole of the suspect’s left foot in the early morning incident yesterday.

The suspect and two of his accomplices had earlier broken into another house and had held up a senior citizen and his daughter at knife point.

Email ThisBlogThis!Share to TwitterShare to FacebookShare to Pinterest
Labels: robbers, Section 17, The Star

No incidents for the week but police have noticed that the ‘bad elements’ have changed their timing as there are more criminal activities during the early hours of the morning.
Posted by ss20pj at 12:00 AM No comments: 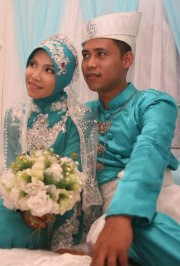 Congratulations to Police Officer Sharil who got married last month. Sharil is one of the many policemen who patrols SS20 regularly.
Posted by ss20pj at 11:26 PM No comments: 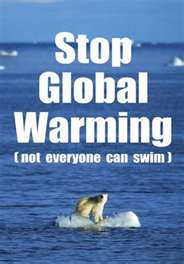 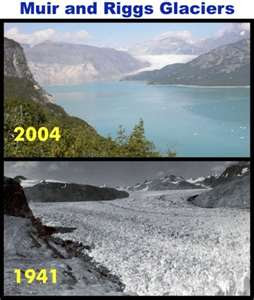 Global warming close to becoming irreversible-scientists
Posted by ss20pj at 3:51 PM No comments: 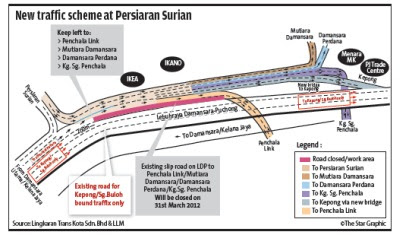 Lingkaran Trans Kota Sdn. Bhd., the highway concessionaire of Lebuhraya Damansara-Puchong will be implementing a new traffic scheme from KM 4.8 Persiaran Surian in the direction towards Kepong. It will involve the closure of existing exit points from LDP to PENCHALA LINK and Mutiara Damansara/ Damansara Perdana/ Kg. Sg. Penchala. The new traffic scheme is to facilitate the final phase of construction associated with the Package 5B upgrading works and will begin at 12.00 am, 31st March 2012. With the new traffic scheme, the following highway users are advised to adhere to the following:
For further information, visit www.litrak.com.my/ or call LITRAK hotline at 03 - 7494 7333.
Posted by ss20pj at 2:11 PM No comments:

Go beyond the hour ... I will stop buying bottled water....

Announcing this  at the MBPJ headquarters yesterday, mayor Datuk Mohamad Roslan Sakiman said the council is making it compulsory for each of the servicing compactors to be installed with AVLS, which uses the global positioning system (GPS), to track the compactors' movement in real-time and monitor them from a control room in MBPJ. Read more ......
For uncollected garbage, call hotline(24 hrs): 03 - 7954 2020 or
email aduan@mbpj.gov.my
Posted by ss20pj at 1:10 PM No comments: 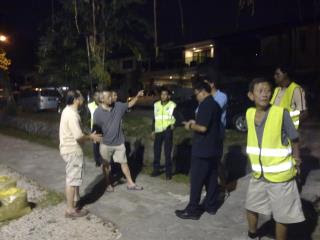 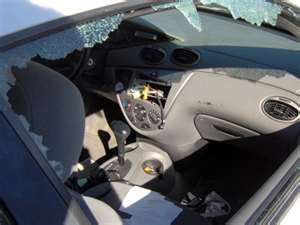 Sometime last week at about 8:45 pm, a TTDI resident's car window was smashed while waiting at the traffic lights in front of Pizza Hut (TTDI) by 2 guys on a motorbike.
Pillion rider is a "chubby brown man with moustache".
Keep your bags and other valuables out of sight .....
Posted by ss20pj at 3:30 PM No comments:

March 13 -  Attempted snatch theft incident on 2 ladies going for their morning walk at Jalan SS20/16 yesterday morning. It happened at about 6:15am.

The Indian guys were on motorbikes and armed with a parang. They were described as big size and in their thirties.
Posted by ss20pj at 1:29 PM No comments:

Received the following email from a resident regarding the attitude of the security guards in the Northern Zone ...... 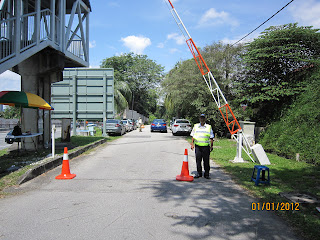 "Just to let you know in case other people are facing the same issue.
I'm an owner of a house under renovation on 20/10 facing TTDI, and was informed by the contractor that 2 guys on motor bikes came over this morning asking for money and threatened to beat up the workers. According to them, when they went to the security guys for help, they were given the cold shoulder.
I was planning to sign up for the security program once I moved in, but this incident is not encouraging. I understand that it is difficult to stop outsiders from driving in, but they (security guards) should be more responsive when called for. I hope that you can highlight this incident so that the rest of the neighbors are aware."
Posted by ss20pj at 11:26 PM No comments: