Update for the month of September .....

Crime rate during the Hari Raya holidays was well controlled with no incidents of house break-in. This was largely due to the extra effort put in by the police and also by our residents who sacrificed their time to step up community policing patrols to safeguard our neighbourhood.

But it was not all work and no play.
There was  a mooncake festival celebration at the Central Zone Community Policing cabin. Residents feasted on different types of mooncakes and sipped fine chinese tea while appreciating the mesmerizing sight of the full moon.
There were also lots of rumah terbuka from our Muslim friends and neighbours.

SS20 residents were invited to the rumah terbuka at . They were also invited by the police to their rumah terbuka held at the PJ District Police Headquarters and DU Police Station.
Thank you for the hospitality and all the yummy food!
﻿﻿
﻿﻿﻿﻿﻿
﻿﻿﻿﻿

MyDistress Connects You Directly to the Police for Emergency Alerts. 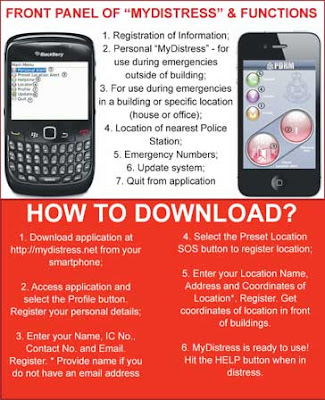 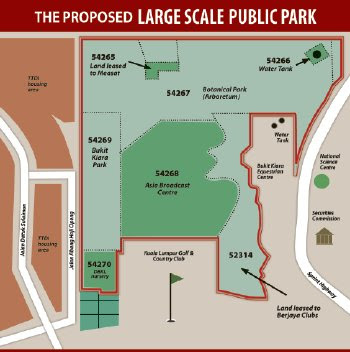 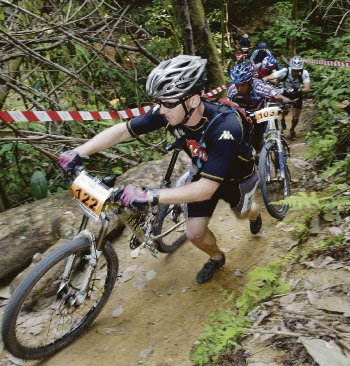 Bukit Kiara Park offers a very exciting trail for mountain bikers.
KUALA LUMPUR: The expected gazettement of Bukit Kiara Park and its surrounding areas as a Large Scale Public Park (LSPP) by the government has drawn some positive feedback from park-goers and residents in the area.

While most of the park-goers and residents are all for the development of the green area, they are also concerned about the adverse effects of overdevelopment. They feel that the area where the forest side of the park is located should be left untouched.

They also feel that any form of development in the forest might damage what is left of the flora and fauna in its natural habitat. Read more .....
Posted by ss20pj at 8:51 AM No comments:

REGULARS at mamak restaurants will be pleased to know that some of their favourite haunts will soon have armed security guards to protect the proprietors and customers from robbers.


If you have been watching the news or are active in social media, you will have seen the video of a robbery at a mamak restaurant on Youtube.

The incident is believed to have taken place at a mamak restaurant in Section 15, Shah Alam, during the early hours of the morning late last month.

The video showed parang-wielding men wearing crash helmets bursting into a sparsely occupied restaurant and relieving customers of their laptops and other belongings. Read more .......
Posted by ss20pj at 12:38 PM No comments:

The title in the video is wrong, it's not robbery in Pakistan, it should be Kuala Lumpur. We're not safe even when we've reached home and the gate is closed! 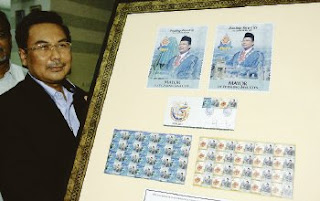 Police have informed that car break-ins are rampant in Damansara Uptown.
It happens almost everyday - usually from 6 pm onwards.

We are reminded not to park at dark, isolated places and not to leave anything valuable in the car.
Posted by ss20pj at 5:21 AM No comments: