Motorists urged to be wary of fake accidents

A FIELD trip to Putrajaya turned into a nightmare for a family from Bandar Damai Perdana, Cheras.

Choy Kien Mun, 74, and his wife Hsi Hsuen, 67, were taking their three relatives from Taiwan to visit the administrative capital.
However, en route, along Persiaran Damai Perdana, a motorcyclist and its pillion rider fell behind their car. Soon, three more motorcycles turned up.
According to Choy, who related their ordeal at a press conference at Kajang Municipal Council (MPKj) councillor Evonne Lee’s service centre in Bandar Damai Perdana, the motorcyclists were in their 20s.
“Some started using their helmets to smash our windscreens and side mirrors. We suspected that one of them was high on drugs or something as he looked delirious while smashing our windscreens     Read more ......
Posted by ss20pj at 10:34 PM No comments:

Voicing their views on MBPJ’s budget

THE meeting rooms at the Petaling Jaya City Council’s (MBPJ) headquarters were a hive of discussion as representatives from different quarters came to give their input on the council’s 2013 budget.

The recent session was attended by representatives from residential associations (RAs) and Rukun Tetanggas (RTs), as well as representatives from MBPJ, including councillors and deputy mayor Puasa Md Taib.
The attendees were divided into four discussion groups, focused on infrastructure, city sanitation, “greening the city” and social development, and moderated by the respective department directors from MBPJ.
“One prime area the budget for 2013 will focus on is the level of sanitation,” said Puasa in his opening address.   Read more ......
Posted by ss20pj at 3:12 PM No comments:

Email ThisBlogThis!Share to TwitterShare to FacebookShare to Pinterest
Labels: My Metro TV, Robbery 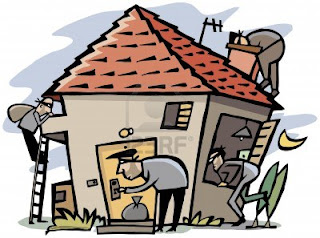 STYLISH: The new Atria will be a mixed commercial development featuring a lifestyle shopping gallery and office suites

Little things to do to keep your belongings safe

POLICE can’t fight crime alone. Curbing the fear of crime is a task for the police and the communities in all neighbourhoods working together.

South Klang OCPD Asst. Comm. Mohamad Mat Yusop said to achieve a safer neighbourhood, the people who live, work or move around in the area can do their part in making it tougher for criminals.
“Neighbours must keep a look out for their immediate neighbour while the other is out to the nearby store or on a vacation.
“If a suspicious character is seen, do not confront the suspect but call the police,” he said.   Read more .....
Posted by ss20pj at 11:25 PM No comments:

PETALING JAYA: Residents here will be able to scrutinise the city council’s expenditure more effectively via an impartial budget monitoring committee to be set up next year.

Deputy Mayor Puasa Md Taib said the Petaling Jaya City Council (MBPJ) has yet to decide on the details but the committee will definitely include representatives from residents’ groups.
“We want it to be independent,” he told community leaders during the presentation of the council’s 2013 draft budget at MBPJ headquarters on Wednesday.

The budget monitoring committee will be able to take local departments to task for failing to carry out projects allocated in the budget, said local councillor Derek Fernandez.

“For example, if your taman’s playground is supposed to be upgraded according to the budget but it was not done, the committee can question the department director(s) responsible.
“This will be a major breakthrough in public accountability. MBPJ is the first council to set up such a committee,” Fernandez noted.

D Rajendra, 73, from PJ Section 22, said such a move would increase public participation in the budget implementation process.

Jeffrey Phang, from the newly-established RA-RT Fellowship made up of 20-odd residents’ groups, suggested that MBPJ adopt best practices overseas such as from Brazil.

MBPJ divided the attendees into four groups to brief them on budget allocated for infrastructure development, green initiatives, cleanliness and social and community development respectively.

Meanwhile, MBPJ plans to double its development expenditure from RM22.8 million this year to RM51.7 million in 2013.

Fernandez said the 126 per cent increase in development expenditure is needed to upgrade public infrastructure and achieve the city’s vision of becoming a disabled-friendly metropolis.
Themed “PJ Care”, the city council’s 2013 draft budget came up to a total of RM317,662,200, more than the estimated revenue of RM295,736,110.

It is expected to incur a deficit of RM21.9 million next year but Puasa said the local government has about RM210 million in cash reserves, which is more than sufficient to cover the shortfall.

The bulk of the 2013 draft budget – 83.7 per cent – will go towards operating expenditure projected at RM266 million, a 3 per cent increase from this year’s RM258 million.

Meanwhile, Puasa said the council had spent RM137 million or 48.7 per cent of its RM281 million budget, excluding outstanding liabilities, as of August.

The council still has about RM92 million to be allocated for the remaining year.
He added that MBPJ has collected RM230 million or 81.7 per cent of its targeted income of RM281 million from tax and non-tax revenue this year. MBPJ tabled a balanced budget for 2012.
Posted by ss20pj at 11:21 PM No comments:

Pickpockets have plenty of tricks up their sleeves 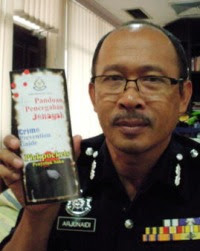 PICKPOCKETS often use objects to divert a person’s attention.
One of the oldest tricks is to drop some coins or notes and get someone to help pick it up. Another is to show a map and ask for directions to distract their prey.
On Aug 18, while at a bus stop in Jalan Yong Shook Lin in Petaling Jaya, accountant S. Salim, 38, felt someone reaching into his pocket and grabbing his wallet as he was giving directions to a passer-by.
Before he could get a look at the person’s face, the person had walked off into the evening rush hour crowd while the person who had asked for directions had zipped off.
PJ OCPD Asst Comm Arjunaidi Mohamed said crimes of this nature were prevalent in crowded areas such as shopping complexes, bus stops or even as you stand in a queue to pay the bills.


“Pickpockets lurk in markets, shopping complexes and ride crowded buses, hoping for the perfect opportunity to swipe a person’s wallet. Some pickpockets can dip into a person’s pocket so smoothly that the victim would not realise it,” he said.   Read more .......
Posted by ss20pj at 11:14 PM No comments:

Contributed by Robert
Posted by ss20pj at 9:51 PM No comments:

PETALING Jaya City Council (MBPJ) will soon link its system to the Road Transport Department (JPJ) , which will enable the council to blacklist vehicles with outstanding summons. With the link established, those with unpaid compounds issued by MBPJ for traffic and parking offences will not be able to renew their road tax.
Petaling Jaya mayor Datuk Mohamad Roslan Sakiman said the council had in mid-August reapplied for traffic warden status from the Transport Ministry and the JPJ, which would allow MBPJ to blacklist vehicles with outstanding summonses.
“We will be discussing the issue with JPJ soon and once we have the measures in place, those with outstanding summons will be forced to settle their dues in order to renew their road tax,” Roslan told StarMetro.
Currently, offenders need only settle summonses that are issued by the traffic police or JPJ for offences that include using handphones while driving, speeding, running the red light at traffic junction and driving with an expired road tax, before they can renew their road tax.  Read more ........
Posted by ss20pj at 9:17 PM No comments:

Face to Face with OCPD Petaling Jaya at Section 17 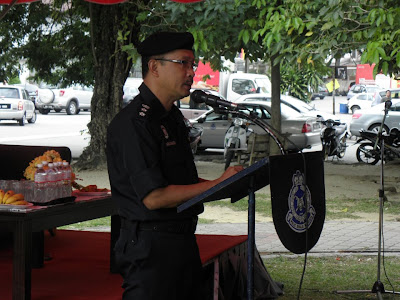 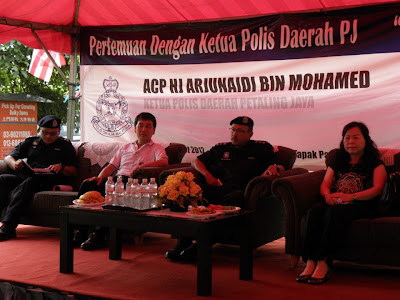 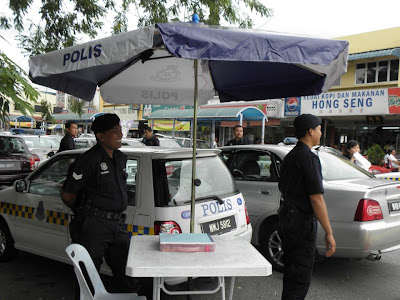 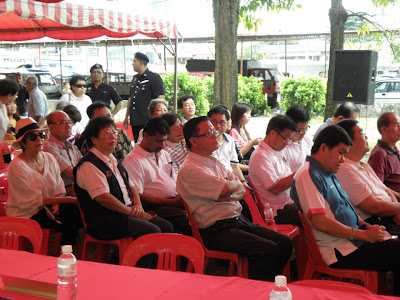 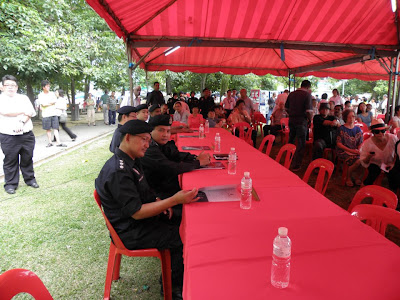 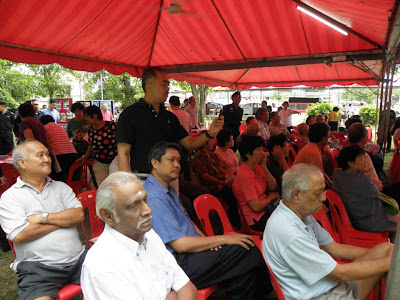 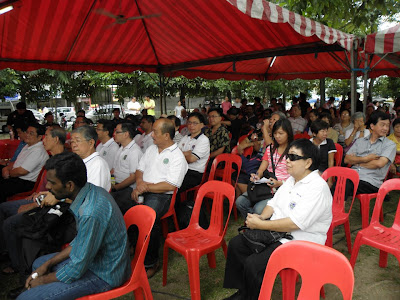 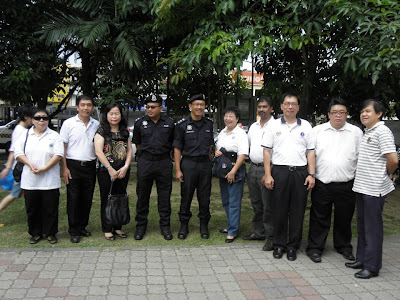 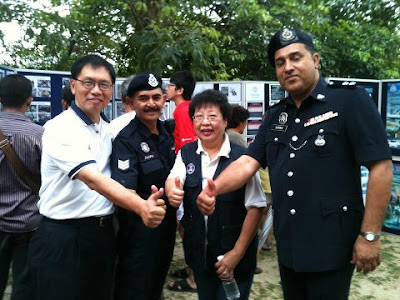 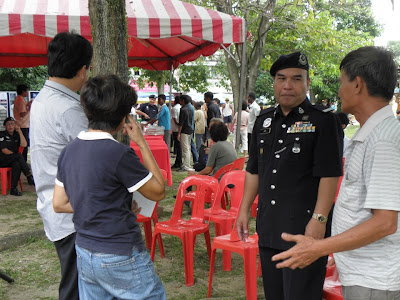 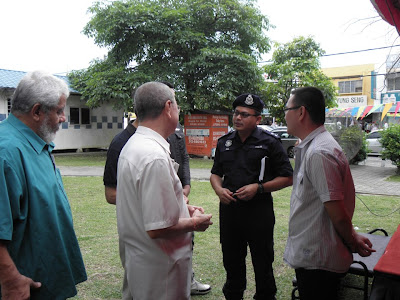 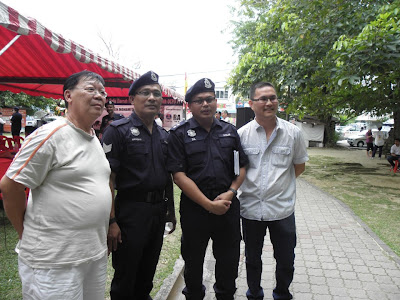 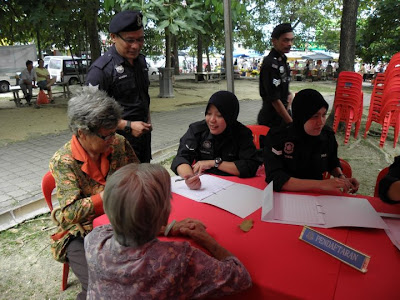 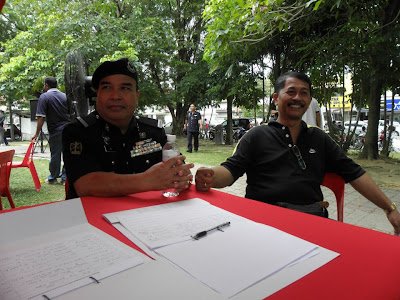 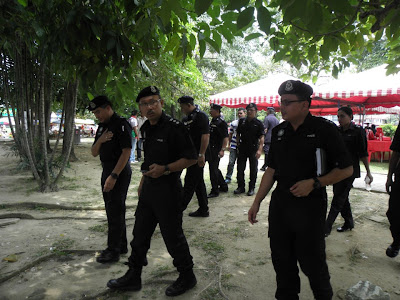 Pinggir Zaaba residents in Taman Tun Dr Ismail, Kuala Lumpur, want Mass Rapid Transit Corp Sdn Bhd (MRT Corp) to make real plans and be more transparent in their mitigation efforts before the MRT project kicks off.
“We need to be reassured but reassurance should come from real plans. MRT Corp is focussed on project-completion, not taking into account the health, safety, security and environment (HSSE) aspects,” a resident, Akhramsyah Muammar Ubaidah Tan Sri Sanusi said, adding that the session organised by MRT Corp to brief stakeholders on construction activities was not fruitful as MRT Corp and Mudajaya Constructions Sdn Bhd were not able to adequately address various issues of concern.
For example, Akhramsyah said, MRT Corp’s reply that it would use netting to mitigate dust dispersal was inadequate.
“We want to know what kind of netting will be used. Individuals exposed to fine dust face an increased risk of respiratory diseases such as asthma and bronchitis.   Read more .......
Posted by ss20pj at 10:20 PM No comments:

Opinion: The STAR Online
I COULD not agree more with the writer of “Irresponsible dog owners a nuisance (The Star, Aug 17).

The sight of neighbours taking their dogs out for walks is heart-warming; but discovering their main objective of getting their dogs to relieve themselves at the doorways and grass patches in front of people’s houses is disgusting.
It reeks of inconsideration and self-centredness and shows a complete disregard for the well-being and interest of others.
To a lesser extent, stray cats pose the same problem in many neighbourhoods. The local councils are often happy to catch stray dogs, but the problem of stray cats is usually ignored.   Read more ......