Residents who still wish to grab a plant can contact the council's landscape office at 03-7804 8907/08.
Only a little more than half of the potted plants distributed free to city folk in conjunction with the fifth anniversary of Petaling Jaya city recently was taken.
Petaling Jaya City Council (MBPJ) director of landscape Zuraidah Sainan said of the 1,000 potted plants, only 566 plants were taken up by the PJ residents.

She said public could still visit the council's landscape nursery at Jalan Penchala and Jalan Perbandaran between 8am and 5pm on weekdays to collect a plant for free until stocks last. Read more ......
Posted by ss20pj at 12:52 PM No comments:

In discussions: (From right) Aaron Sarma, Lim See Meng and Eileen Thong representing the various RAs in Bandar Utama at a briefing with LTPC officers.

Since the announcement of the RM36.6bil project, residents in various parts of Klang Valley have given opposing views.

Rukun Tetangga SS20 Damansara Utama chairman Eileen Thong said in the past the proposal for an elevated MRT track was supported by residents who did not have the proposed track running close to their houses.
Read more .......
Posted by ss20pj at 2:47 PM No comments:

All efforts to make PJ safer and cleaner

Between 2006 and last year, the council recorded a decrease of 30 per cent in its crime index. This year, to assist neighbourhood security measures, MBPJ has allocated a sum of RM5,000 to each active RA and RT for them to improve security patrol, host crime awareness campaigns, work closely with their neighbourhood police or organise crime prevention activities.

To boost urban security, the MBPJ will also increase its CCTVs. At present, there are 22 CCTVs and by the end of the year, it will receive an additional 24 CCTVs from the Housing and Local Government Ministry. Apart from being a crime prevention measure, the CCTVs will also be used to monitor vandalism and natural disasters.  Read more .....
Posted by ss20pj at 9:27 PM No comments:

A new roof was added to the Community Policing cabin located at the corner of SS20/14 and SS20/19﻿.

KUALA LUMPUR: Bank Negara Malaysia (BNM) has advised the public to be wary of the phishing attempts by fraudsters using its name to deceive them in disclosing their personal banking details.
In a statement here today, BNM said the intended victims would receive emails purportedly from the bank informing them that it was now collecting personal banking information to update its database.

"They will be prompted to either click on a link or reply to the email directly.

"Once the person clicks on the link, they would then be directed to a fake website requesting disclosure of personal financial details such as credit or debit cards details including card code verification or other personal identification numbers.   Read more .....
Posted by ss20pj at 7:32 AM No comments: 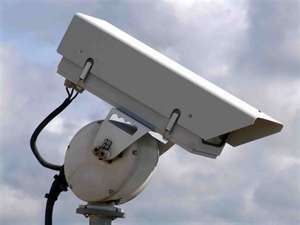 PETALING JAYA: Although resident associations welcomed the measures to reduce street crime in their areas, many still hoped for increased police presence and neighbourhood watches.

“We have been asking Petaling Jaya City Council (MBPJ) for many years to light up certain dark alleys but till today, there are still lamp posts without lamps.”  Read more .....
Posted by ss20pj at 2:13 AM No comments: 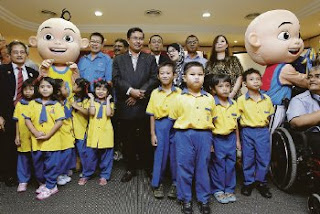 That is one of the many free services provided by MBPJ to mark its fifth anniversary as a city on June 20, said Petaling Jaya mayor Datuk Mohamad Roslan Sakiman at a press conference recently.

"We provide a number of free services on that day as a show of appreciation to the Petaling Jaya residents," said Roslan.  Read more .......
Posted by ss20pj at 2:50 AM No comments: 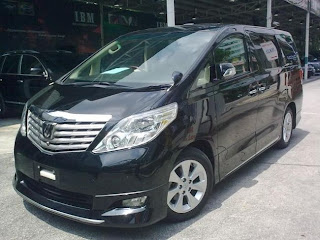 Look out for 2 Chinese men (one fat and one thin) in a black tinted Toyota Alphard or Honda Odyssey going round in SS20. Police said they are wanted for house break-ins. 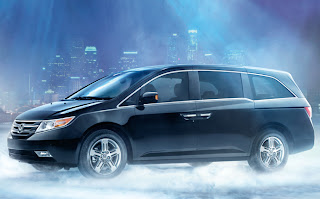 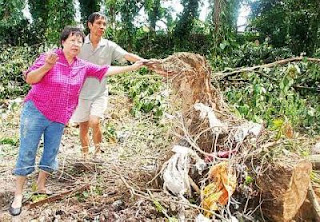 What’s left: Thong (left) and Kok showing the stumps after the trees were chopped down.

RESIDENTS of Damansara Kim are upset over trees that had been chopped down on a green belt along the old Damansara road.

A resident, Lee Kong Yew, said the trees in the green blet were planted 20 years ago and acted as a buffer zone for residents.

Lee said the trees fell on the road but luckily no one was injured and motorists were left stranded. Read more .....
Posted by ss20pj at 3:22 AM No comments: 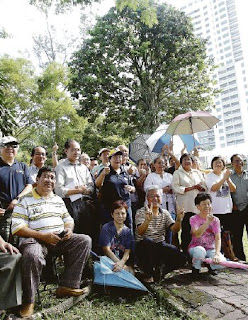 According to the residents, the proposed station is expected to bypass their housing scheme and likely to be located next to the Caltex petrol station in Jalan Damansara. Read more ....
Posted by ss20pj at 12:47 AM No comments: