A 22-year old Proton Saga parked at the side lane of Jalan SS20/9 was stolen on Saturday.

Kraving a much bigger market

Have you tried the curry puffs from Kampong Kravers? They're yummy and they are right in SS20. 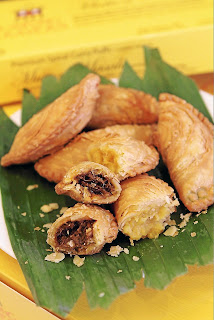 Kampong Kravers is located at 8, Jalan SS20/10, Damansara Kim, Petaling Jaya.
Kampong Kravers, a small enterprise that makes premium spiral pastry puffs in assorted flavours including the popular curry puff, puts particular emphasis on the ingredients that goes into its food. This is all part of its business philosophy to drive growth.
By constantly deploying a range of simple yet effective strategies, the company usually sees a 30% sales increase during major festivities and is expecting to hit that target again this coming Hari Raya, Deepavali, and Christmas.   Read more ....
Posted by ss20pj at 10:54 PM No comments:

House break-in at Jalan SS20/4
Happened at 12 noon, no one was at home. Intruder entered the house by cutting off the 'ear' of the padlock of the front metal grille door. Wooden door was not locked.
Thief got away with cash and valuables.

RT SS20 Central Zone Security Committee has just registered a residents' association for the Central Zone so as to complement its efforts to enhance the security in the area.

All Central Zone residents are eligible, and also encouraged to join to give support to the association. 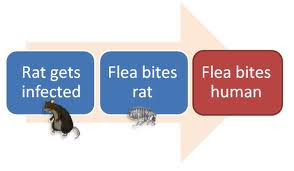 WHILE most people are by now well aware of the disease leptospirosis caused by rats, there is another little-known health threat that hides on the rodent.

The Petaling Jaya City Council (MBPJ) Health and Environment Department is taking pro-active steps now to pre-empt any possibility of an outbreak by alerting the public to flea-borne typhus (murine typhus). It is a disease transmitted to humans through infected fleas living on rats, resulting in high fever and rash.

TEXTILE trader Mohammad Qassim enjoys spending time at the Taman Jaya public park with his sons Qairon, eight, and Qairin, five, during weekends. Qassim, 46, would smoke his pipe while his children ran about.

The turning point for him came when Qairin, while at the park, had trouble breathing. It was an asthma attack and he had to be rushed to the hospital. The doctor who attended to Qairin told Qassim that the particles and tar from tobacco smoke that had stuck to his shirt, pants and hands had triggered Qairin’s asthma attacks.     Read more  ...... 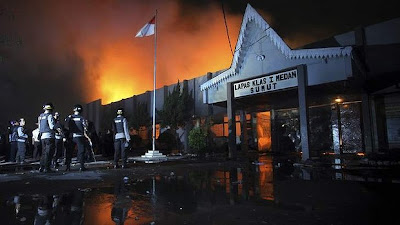 Police officers stand guard outside Tanjung Gusta prison, which was set ablaze by inmates after a riot broke out, in Medan in North Sumatra. Photo: Reuters

JAKARTA: Five people were killed and dozens of prisoners including 10 terrorist suspects were on the run after a prison riot in Indonesia's North Sumatra province.

Inmates broke out of their cells and set fire to an administrative room in the Tanjung Gusta prison in the provincial capital Medan late on Thursday, following a power blackout that knocked out the water supply, Deputy Justice Minister Denny Indrayana said.

"The riot was triggered by the lack of electricity and water," he said on Friday.
International Crisis Group senior adviser Sidney Jones said 10 terror suspects were still on the loose as of Friday.   Read more ......
Tighter security in Malaysia following prison break in Indonesia     Read more ,,,,,,
Posted by ss20pj at 2:44 PM No comments: 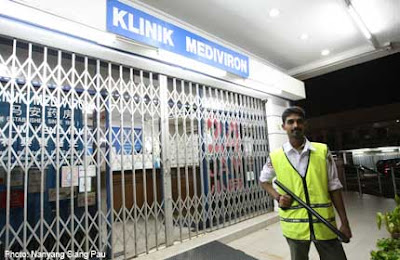 KUALA LUMPUR: A teenage girl was part of a gang of robbers which preyed on polyclinics when it wasn’t hitting restaurants, spas, furniture shops and sundry stores.
She would be inside the clinic, pretending to be in line to see the doctor. But she would actually be taking note of wealthy patients while making sure the place wasn’t too crowded.
When she was satisfied with conditions, she would signal the rest of the gang and the men would storm in, brandishingparang and demanding cash and valuables.   Read more ....
Posted by ss20pj at 2:55 PM No comments: 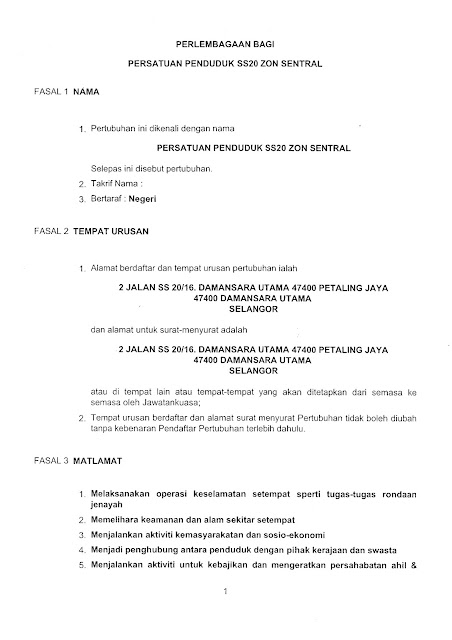 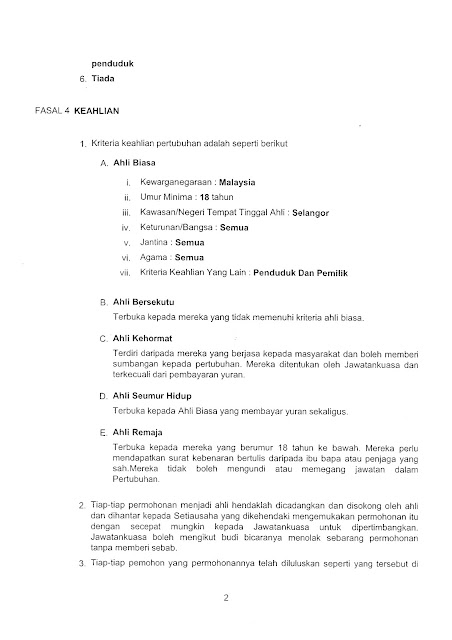 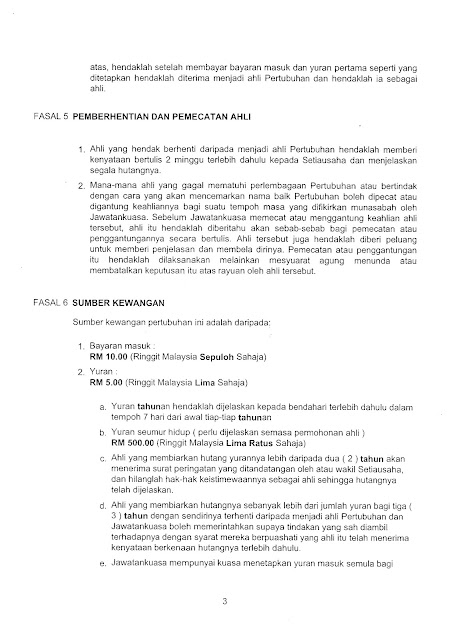 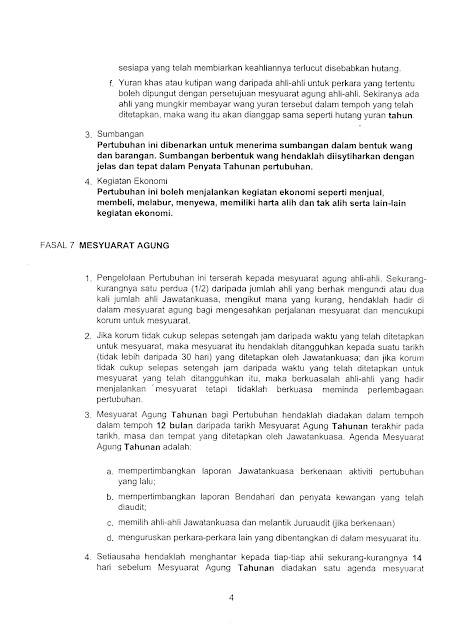 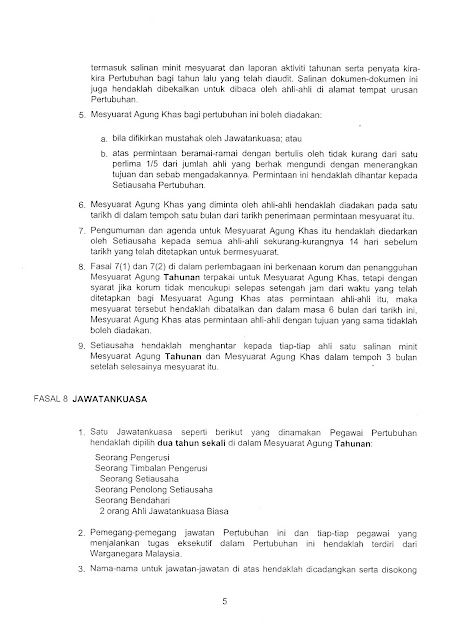 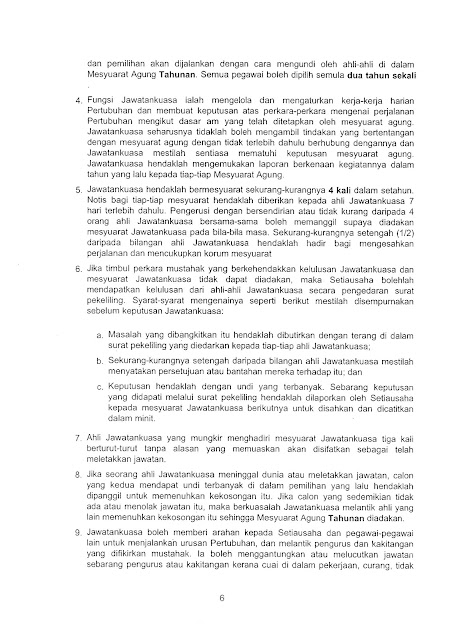 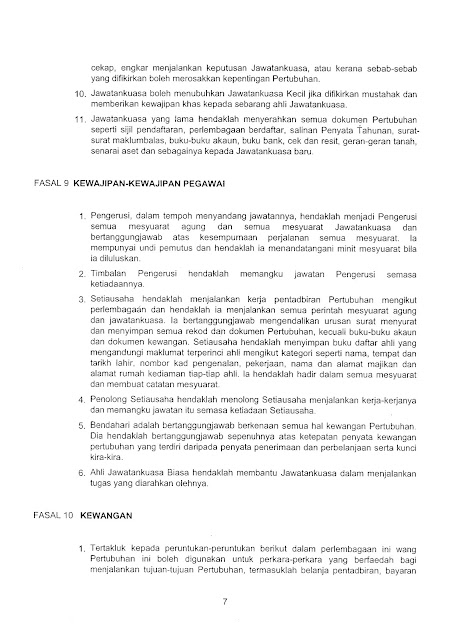 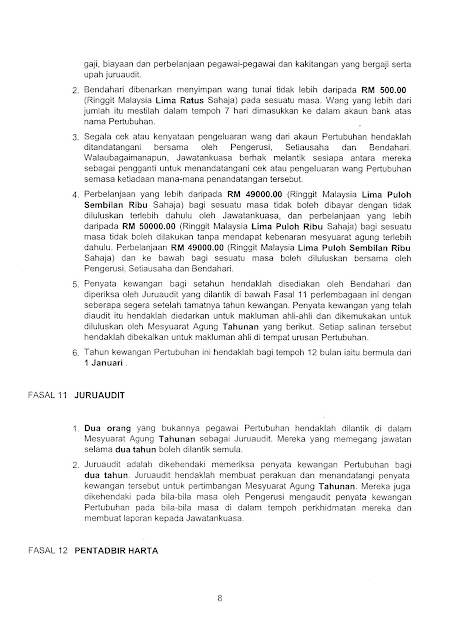 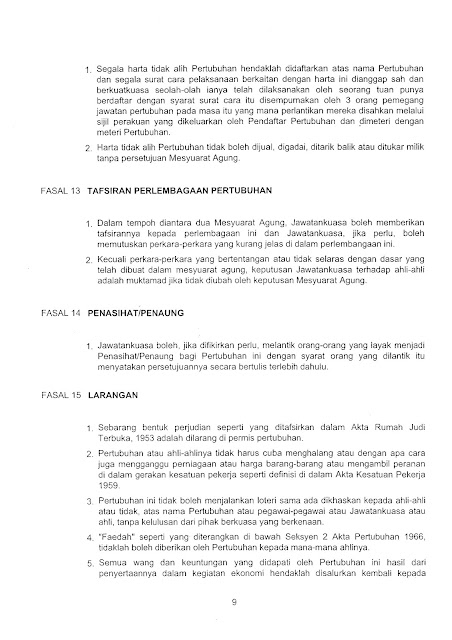 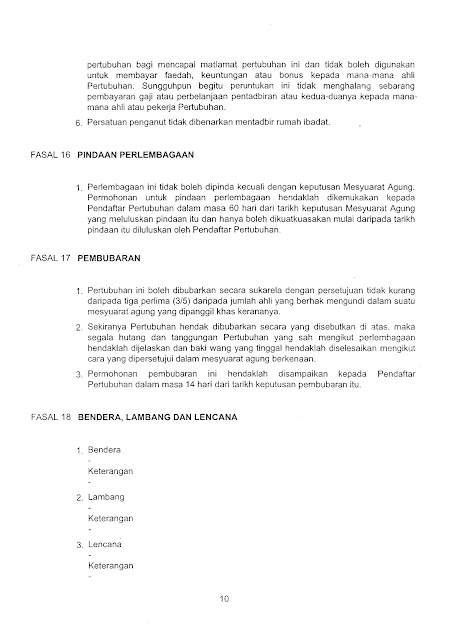 2) The police have found the Proton Perdana which was stolen on Wednesday morning and caught 2 Indian men. At the same time, the police also seized a Proton Satria (believed to be stolen) and a taxi from the men. Inside the taxi, police found a lot of tools used for breaking into cars and also duplicate car keys. The police advised us to be careful when sending our cars for service as it is very easy for the car keys to be duplicated when the cars are left in the workshop.
Posted by ss20pj at 10:31 AM No comments:

Stolen right before our eyes

10 July 2013
Yet another Proton Perdana was stolen this morning at 6:50 am.
The car was parked at a side lane at Jalan SS20/12 facing the Central Zone field. The theft took place at a time when there were already people walking on the road and exercising in the field but no one was aware that the car was being stolen.
Posted by ss20pj at 9:23 PM No comments:

No approval for auxiliary police in PJ’s residential areas

INSPECTOR-General of Police Tan Sri Khalid Abu Bakar has approved Petaling Jaya City Council’s (MBPJ) application to set up an auxiliary police unit to improve security at the council-owned buildings and court complex in the city.
However, the approval does not extend to allowing the auxiliary police to patrol residential areas.
Khalid said this was because the duties of the police and auxiliary police team would clash when patrolling residential areas.   Read more ......
Posted by ss20pj at 9:29 PM No comments: 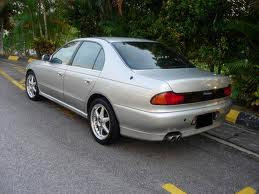 8 July - Silver Proton Perdana parked at Jalan SS20/19 stolen this morning at about 3:30 am.
While trying to steal the car, the suspects triggered the car alarm. The owner of the car woke up but by the time he went out to check on the car, it was already gone.
The suspects are 2 men driving a Proton Wira.
Posted by ss20pj at 1:22 PM No comments:

Last week was not a good week for SS20, with most of the incidents happening in the  Southern Zone …  latest being a house break-in at Jalan SS20/7 yesterday morning at around 3:30 am. 3 Chinese men armed with parangs broke into a house in Jalan SS20/7 and got off with cash and valuables.

The police have stepped up patrol in SS20.

An update on the robbery at the restaurant and mini market last Friday – 10 men were involved in the robbery… a few of them went into the shops while the rest acted as look-out at different spots in the area.

Reminder from police – call the SS20 hotline 016-684 0009 if you notice any strangers lurking around the area.

PETALING JAYA: The repeal of the Emergency Ordinance saw some 2,000 detainees being freed. If even a third of them returned to crime, that means there are about 800 hardcore criminals running loose in the country.
Police, however, believe the number could be far bigger.
Most of the youths released from detention under the EO usually return to their old ways, a police officer said.
The assistant superintendent from Perak, who requested anonymity, said that when the EO was in effect, these individuals were kept off the streets.
“As soon as they were off the leash, it was back to breaking the law,” he said in an interview.   Read more ....
Posted by ss20pj at 12:40 AM No comments:

Clogged drains main cause of rise in dengue outbreak 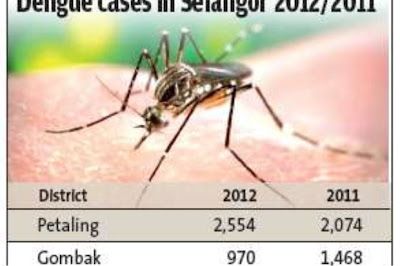 CLOGGED drains are among the main causes of dengue outbreaks, which has increased by 17% from 2011 to 2012.
Health, entrepreneurship development, science, technology and innovation committee chairman Dr Daroyah Alwi said this in reply to Gan Pei Nei’s (PR-Rawang) query about rising number of cases at some dengue hotspots.
Klang tops the list with the highest number of cases, with 1,366 in 2011 and 2,291 in 2012.
This is followed by the Petaling district which recorded 2,004 cases in 2011 and 2,554 in 2012.  Read more .....

THE Petaling Jaya City Council (MBPJ) has decided to scrap its dress code for ratepayers who visit its headquarters in Jalan Yong Shook Lin as many were against the move.
MBPJ deputy secretary Ahmat Mohayen Said said the council had introduced the dress code recently.
“Our aim was to get people to show respect to the city council. However, due to criticisms, we have removed the signboard on the dress code that was placed in the lobby,” he said.
MBPJ was deluged with calls complaining about the dress code following a report in StarMetro on June 28.     Read more .... 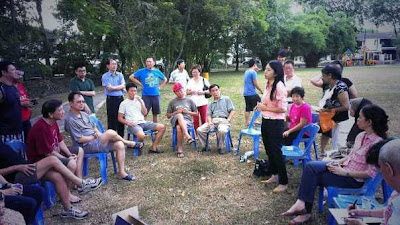 30 June 2013, 5pm – A total of 50+ residents from SS20/8 & SS20/9 along with the nearby roads gathered to discuss the crime and security issues that have been increasing of late. When the residents shared with each other about their experience with crime – it was alarming to hear that out of the 50+ Southern Zone Dsara Kim residents who turned up , approximately 70% of residents who turned up either have personally experienced a crime in their own home or neighbours home over the past few years. With us is YB Yeo Bee Yin, ADUN for Dsara Utama.

KUALA LUMPUR: Youth and Sports Minister Khairy Jamaluddin has become the latest victim of robbers when his home was hit on Saturday afternoon.
Three men scaled the wall of the bungalow in Jalan Setiabistari, Bukit Damansara, at about 5.30pm before breaking in through the front door.Khairy and his wife, who live in the house which belongs to his mother, were not in when the robbers struck.
The only person in the house was a maid, who said the three men ransacked the place, including the master bedroom where most of the valuables were kept. The robbers took off with several laptop compu­ters, watches and other expensive items.    Read more .....
Posted by ss20pj at 2:34 PM No comments: