A real incident to share about how someone who almost had her bag snatched while driving in the car. 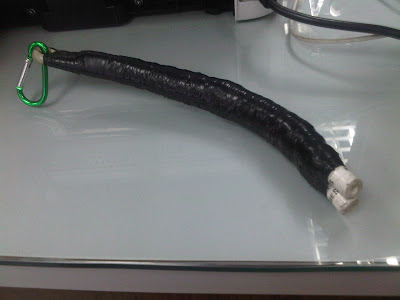 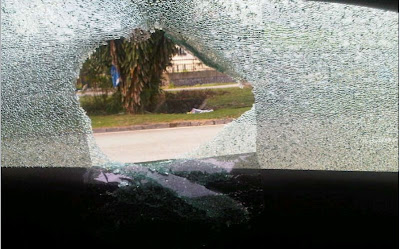 "I had an unfortunate encounter this morning within 5mins after leaving home to the office. I was driving to work and stopped my car due to traffic on a single lane road in front of a row of shop. I was looking to the right of my car and within split seconds, the left passenger window was smashed with a hand trying to grab my bag which was placed on the ground of the passenger side.


I pressed on my car horn furiously and it shocked the robber who was a pillion on the motorbike. He immediately retracted his hand and the rider sped off. In that instance when he was shocked his weapon was left inside my car as well (as attached picture).


I am very fortunate to be unhurt with no loss of any personal belongings. It was a blessing in disguise and a reminder to be more alert, careful and beware of our surroundings at all times.

As learning to share with fellow females for safety, do note the following and from my own experience…

According to the police, the weapon is self made from electric cables and industrial plugs which is very hard and able to break windows and glasses with just one smash. Based on the condition of the weapon, it has been used numerous times. Please be careful and do not underestimate a simple item of such which looks harmless."
Posted by ss20pj at 11:06 AM No comments: 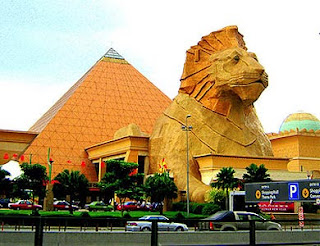 PETALING JAYA: Another woman was almost a victim of a crime in a shopping mall when she nearly had her bag snatched inside the toilet.
College student Sylvia Chew wrote on her Facebook page recently that she was in a toilet cubicle and placed her handbag on the ledge on top of the toilet cistern when she saw an arm snake in from the next cubicle and grab her bag.
She had noticed a man in his early 30s lingering in front of the washroom in Sunway Pyramid at about 5.35pm on Monday.
Chew said she screamed when he snatched her bag and ran out to chase him.  Read more ........
Posted by ss20pj at 4:46 PM No comments: 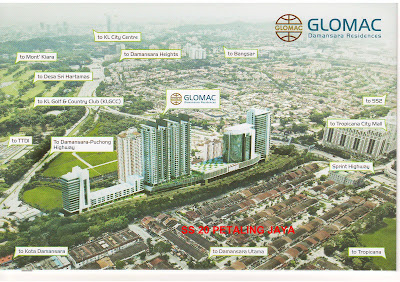 Selangor cops to give weekly updates on crime 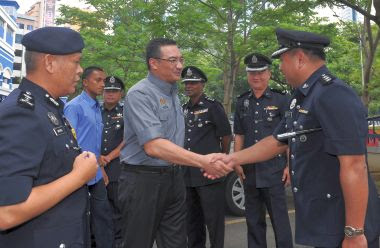 SHAH ALAM: The Selangor police will hold a weekly media briefing to ensure the public receive accurate information on crime.


Citing recent crime activities that were reported in social network sites, Home Minister Datuk Seri Hishamuddin Hussein said the briefing was necessary to disseminate undistorted information.
“There have been several occurrences of crime lately in malls here. Such occurrences were first seen via Facebook and other social networks.
“To avoid half baked stories and allegations, we have decided to hold weekly meetings with media representatives. This way, information received by the public will be straight from the horse's mouth,” he said at the Selangor police headquarters yesterday.  Read more .......
Posted by ss20pj at 10:32 PM No comments:

PETALING JAYA: Dengue cases have spiked by 13% for the first seven months of this year, said the Health Ministry.
Health director-general Datuk Seri Dr Hasan Abdul Rahman said from Jan to July 14 this year, there were 12,518 dengue cases as opposed to 11,124 cases during same period last year.
During this time, there were 25 deaths recorded, an increase of six cases as compared to last year's 19.
“We are very concerned over this development,” he said after presenting prizes to schools at the Inter School Anti-Aedes Ranjers prize giving ceremony this morning.
He called on the public to spend 10 minutes once a week to clear their surroundings from being aedes breeding grounds.
Posted by ss20pj at 2:03 PM No comments: 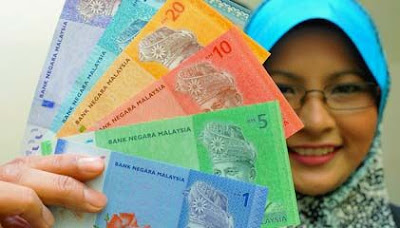 SUBANG JAYA: Bank Negara Malaysia issued new banknotes into circulation Monday, comprising RM100, RM20, RM10, RM5 and RM1 denominations, in bright colours and motifs depicting Malaysia's cultural heritage and nature.
The RM20 note has been reintroduced in this series, while a new polymer substrate is used for the RM5 and RM1 banknotes.
Among the enhanced security features found on the new notes are a shadow image, clear window, watermark portrait with pixel and highlighted numerals, colour shifting security thread, micro lens thread, perfect see-through register and coloured glossy patch.
A tactile identification feature has also been included to aid the visually-impaired to identify denominations.
The notes were distributed into circulation via various banks, hypermarkets and retail outlets.
Posted by ss20pj at 1:55 PM No comments: 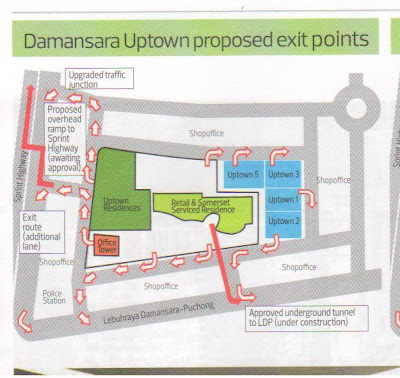 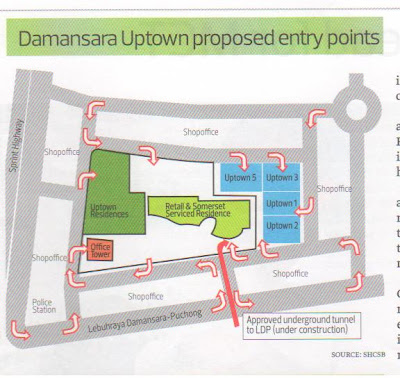 July 4
At 10.30am, a guy got his brand new Samsung Galaxy S3 snatched by a thief on motorbike in front of MAYBANK TTDI, just 200m away from TTDI Police Station.

PETALING JAYA: Annie Ng (not her real name) left her handbag on the passenger seat as she got into her car and rushed to work one Monday morning.


Never did she imagine that it would be the last time she would see her Gucci bag.
Annie, 26, an IT executive, was at a traffic light junction just a stone’s throw away from her office when a motorcyclist pulled up next to her, smashed her window and rode off with her bag.
The whole incident took less than 10 seconds leaving Annie in a shock a few minutes after it happened. Read more ......
Posted by ss20pj at 4:04 PM No comments:

Beware the smash and grab robbers

PETALING JAYA: Smash and grab robbers are among the criminal threats faced by the average Malaysian driver today.
These menace on wheels prey on drivers when they stop at traffic light junctions by smashing the passenger side window of the car and grabbing valuables placed on the passenger seat.
Despite it not being a new ploy, people still continue to fall victim to such smash and grab robbers.
Statistics released by the Royal Malaysian Police showed that smash and grab cases are still contributing to the national crime index.
“Smash and grab cases which are classified as snatch theft cases, are a part of the 319 cases of snatch thefts recorded in May and June this year,” said the report.
The reason for this, said Petaling Jaya OCPD Asst Comm Arjunaidi Mohamed, is that most people do not take the necessary steps to protect themselves from smash and grab robbers.  Read more ..............
Posted by ss20pj at 4:01 PM No comments: 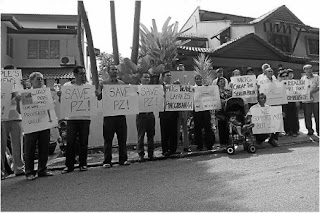 HOUSE owners living along Jalan Pinggir Zaaba in Taman Tun Dr Ismail here are urging Mass Rapid Transport Corporation Sdn Bhd   (MRT Corp) to realign the MRT line on a reserve land on the opposite side of the road.
Segambut Barisan Nasional coordinating chairman Jayanthi Devi Balaguru said the committee is asking for the realignment to be moved to the road along Damansara Utama, or any other  spot  further away from their homes.

Pro-tem committee members of Pinggir Zaaba House Owners' Association, together with Segambut Barisan Nasional, recently held a press conference to voice their dissatisfaction over the location of the MRT station.  Read more ....
Posted by ss20pj at 2:09 PM No comments:

RESIDENTS of Pinggir Zaaba in Taman Tun Dr Ismail, Kuala Lumpur, want Mass Rapid Transit Corporation (MRT Corp) to realign the MRT track away from their area.
During a press conference held at one of the residents’ homes yesterday, 44 owners voiced out their concerns and grievances, stating that the encroachment of the final Klang Valley Mass/My Rapid Transport (KVMRT) will definitely affect their lives.
“From the very beginning, MRT Corp has been telling us not to go to the press or picket and we took this in good faith, until a recent meeting in March when MRT Corp met with 25 other owners along the street (not inclusive of the 44 home owners present) and negotiated with them to buy their houses.
“MRT Corp has to understand that we are not against the project but are worried about the remaining 44 houses? While the 25 houses selected by MRT Corp have the option to stay put, sell or move out, the remaining owners are left without any options,” said Mokhtar Abdul Karim, 68, who has been living in the area for the past 35 years.   Read more .......
Posted by ss20pj at 2:00 PM No comments:

PETALING JAYA: Malaysian Asso­ciation for Shopping and High-rise Complex Management (PPK) is still in discussion with its members to introduce standardised safety measures in a bid to address the recent cases of women who were attacked at several shopping mall car parks in the city.
“The security and safety committee under PPK meets once a month and we are still discussing to introduce a host of actions including increasing security patrols, security escort and introducing sirens and panic buttons in every shopping mall’s car park,” said its general manager Evelyn Lo.
She was asked to comment on the recent reports of crime cases against women in shopping malls including the case of Internet marketeer Chin Xin-Ci who posted on Facebook her ordeal of being attacked and almost kidnapped by two men at a shopping mall car park.
Less than 24 hours after that incident, two women were robbed of RM80,000 from the same place.  Read more ........
Posted by ss20pj at 10:06 AM No comments:

PETALING JAYA: The public, especially women need to be constantly aware of their surroundings and take extra steps to ensure they do not become victims of street crime.
Federal CID director Comm Datuk Seri Mohd Bakri Zinin said women need to be alert and cautious when going out as they can be perceived as easy targets to criminals.
“Don’t give criminals any opportunity to commit crimes. When driving for example, don’t place handbags on the passenger seats,” he told The Star recently.
He also advised against wearing too much jewellery when going out.  Read more .........
Posted by ss20pj at 9:57 AM No comments: