SS20
Last week, one of the guards manning the boom gate at Jalan SS20/1 in the Northern Zone was robbed of RM500.00 by 2 Malay guys on a motorbike.

SS2
At about 11am on Monday, June 25, a young man crossing the road in front of MacDonald's in SS2 had his gold chain snatched by Malay guys who came on 3 motorbikes. The one on the middle motorbike did the snatching.

June 27
Snatch theft incident at Jalan Tun Mohd Fuad 1, TTDI opposite Alliance Bank at  around 10 am.

Chinese man had part of his gold chain snatched, the other half dropped inside his shirt. Suspect Malay guys using 3 motorbikes, Yamaha 125Z. One of the motorbikes was black in colour, using false number plate.
Posted by ss20pj at 11:31 PM No comments:

2,000 former detainees could be roaming the streets of Selangor 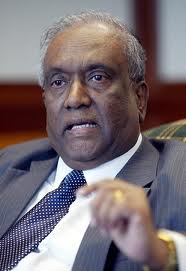 PETALING JAYA: With the repeal of emergency and preventive detention laws there could be as many as 2,000 former detainees roaming free in Selangor, Tan Sri Ramon Navaratnam said.
The sharp rise in crimes in Selangor recently could be attributed to this, said Ramon, who is the Selangor chapter adviser of Malaysia Crime Prevention Foundation.
He said there had been an obvious surge in serious crime cases in Selangor despite statistics showing a decline in the overall crime index.
“In Selangor, about 2,000 detainees were released when the laws were repealed,” Ramon said.  Read more ......
Posted by ss20pj at 9:22 PM No comments:

June 21
A friend almost became snatch theft victim in ttdi in front of the esso station. 2 guys on a bike was pulling on her bag till she fell. She screamed continuously and one of them got off the bike to attack her. Lucky another friend was passing by in a car saw, stopped and started honking continuously. We heard it from across the street and ran towards her and they gave up and left . This is about 200m from the police station

June 22
Last Friday, around 2pm I saw a very unsuspecting smartly dressed Chinese male walking along Jalan Helmi 10 side lane. As he was in office attire, I thought he was just another innocent guy walking . After few minutes later, he tried to break in neighbor’s car that was parked at side lane near Jalan Helmi 9. I and my son shouted to get neighbors’ attention and he ran away. I
immediately informed Balai TTDI just to get them to do some work. Within five minutes few policemen were dispatched to the scene to get clearer description of the guy. Initially, I thought this thief must have left TTDI and no way police could find him and maybe the police just doing ‘some formality’ to pay a visit because I alerted them. Without realizing, in about 15minutes more than 10 policemen dropped by at the scene and ensued to search for this guy and many
of them were in plainclothes. Soon after, while we neighbors still chatting of what had happened earlier, we were so surprised that a police came and informed that the guy has been caught! Later the police informed that this car thief confessed that he has been doing this job nearly 7 years! Lesson learnt; just call the police to do ‘some work’ even if you think that they can’t do much. Kudos Polis TTDI!

Among the various issues brought up by the residents were concerns of G&G communities, insufficient parking bays, maintenance of roads, drains, collection of garden refuse, etc.

Briefly:
1) Issues like maintenance of roads, drains and other similar concerns will be attended to promptly while other more complicated matters will be studied further to identify the most suitable action.

2) G&G community - Tony Pua explained that every 'taman' is unique in its layout and requirement of the community and requested residents to come to a compromise regarding any disagreement over blocking of roads.

3) Haphazard parking/insufficient parking bays around DSH - To address the problem, Tony Pua is agreeable to the proposal of the construction of a multi-storey car park at Jalan SS20/10 provided it has the support of the residents. 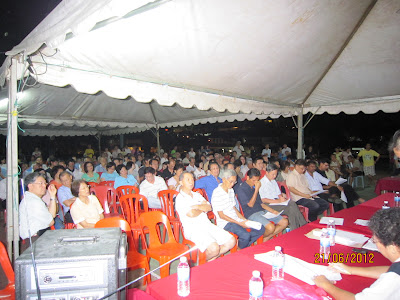 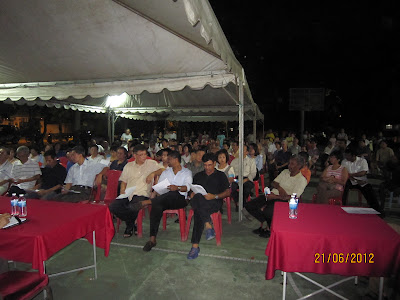 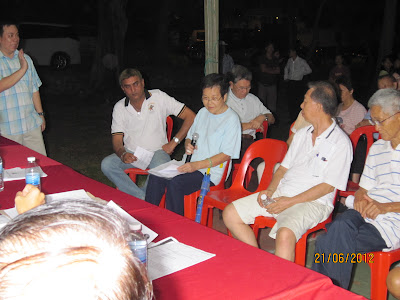 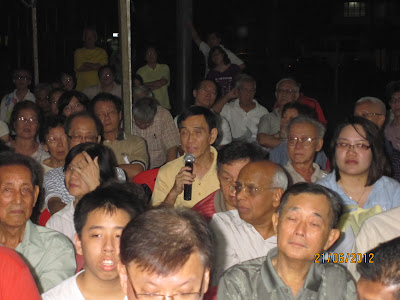 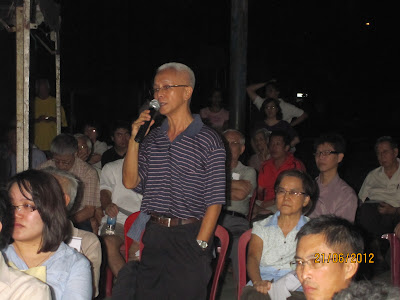 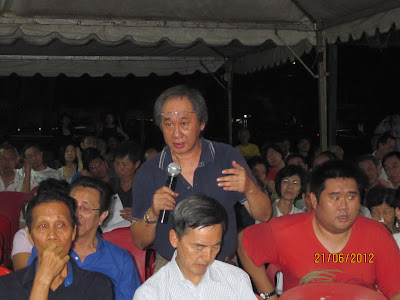 He was commenting on feedback from motorists who found themselves caught up in the congestion after the TTDI underpass.
From observation, traffic flow has improved at the TTDI Interchange that replaced the traffic lights at the junction.   Read more ...... 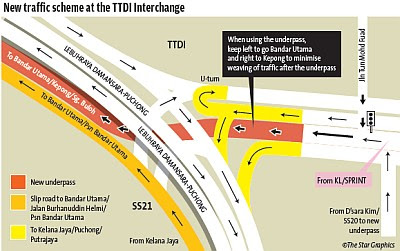 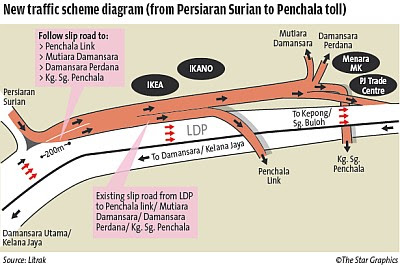 THE right turn from the Taman Tun Dr Ismail interchange that leads to Damansara Utama may be reopened soon.

He said Litrak was told that the new plan would be submitted to the council's infrastructure committee for approval.  Read more .......

API for Sunday, 17 June 2012 from the Department of Environment, Malaysia 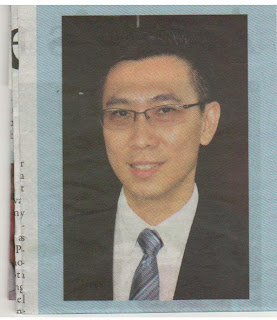 The councillor for Zone 9, which includes Damansara Kim, SS19 and SS17A, says residents are far from happy with construction works along Jalan Damansara.
He says the ongoing development along the boundary separating PJ and KL bogs down traffic heading onto the LDP.

"We are getting MBPJ Engineering Dept to do a study on how to alleviate the problem", says the 42-year old civil engineer.

The PJ mayor has also called for a meeting between the council and the developers, which he hopes will be held in a month's time.

Lee, who has his own business and attends to council matters in his free time, says the most challenging aspect of being a councillor is following up on plans.

"Small or big matter, we must have consistent follow-up. We need to have a culture of making things happen," he stresses.

He gives an example of how a collapsed riverbank in Damansara Bistari was not promptly addressed which he blames on unresponsive government depts.

The councillor says his own organisation, which has many ideas to improve traffic and landscaping, has to work harder to put thoughts into action.
Lee operates from his service centre at the basement level of Menara MBPJ but he also keeps in touch with the public mostly through phone and email.

Despite his hectic schedule, the father of four still finds time for sports and reading.

Mr. Wong, Chairman of the Northern Zone security committee discussing on issues to be brought up at the townhall meeting with the MP, YB Tony Pua and State assemblyman, Dr. Cheah Wing Yin this coming Thursday, 21 June, 2012. 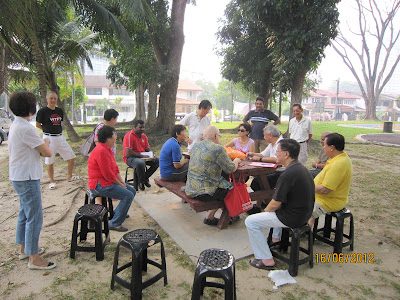 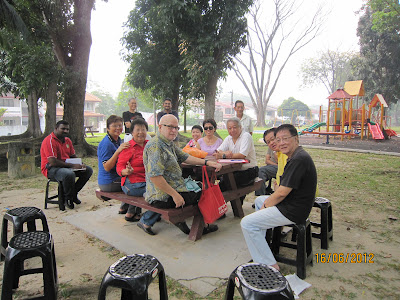 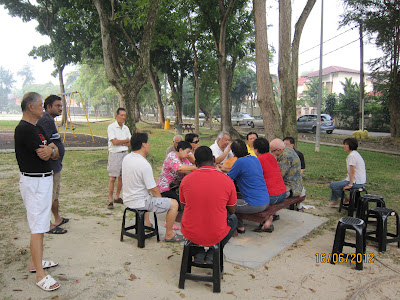 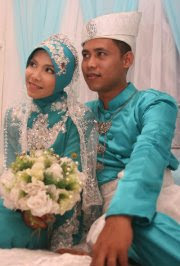 SS20 residents organised breakfast this morning at the cabin in the Central Zone to mark the marriage of Police Officer Sharil. Dato Koh, Chairman of the Central Zone Security Committee, presented a wedding gift to Sharil and his wife on behalf of all the residents. 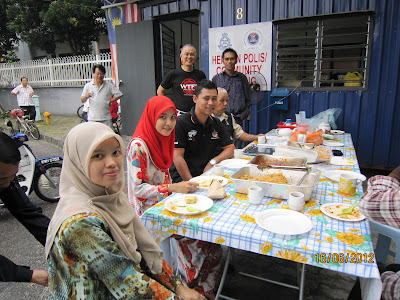 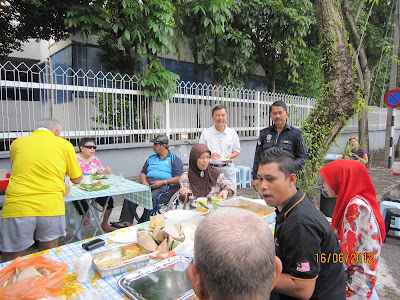 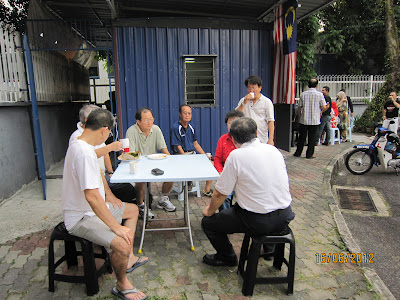 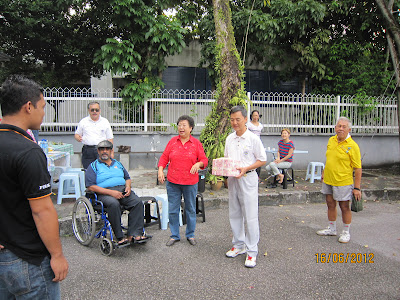 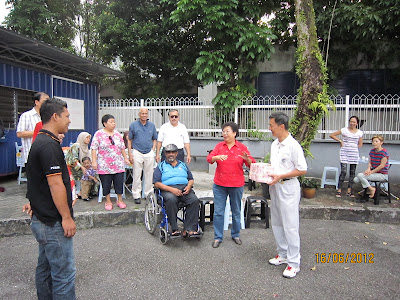 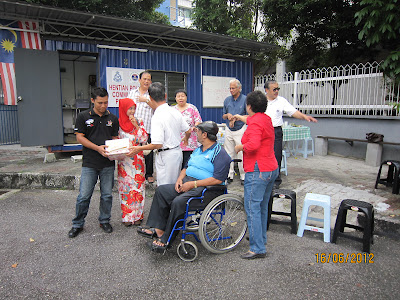 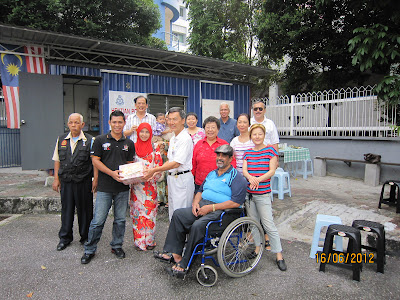 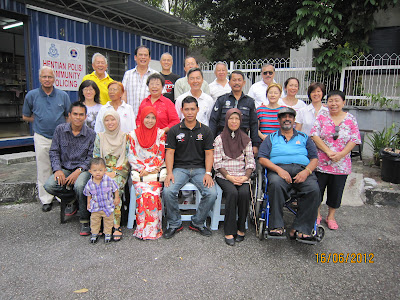 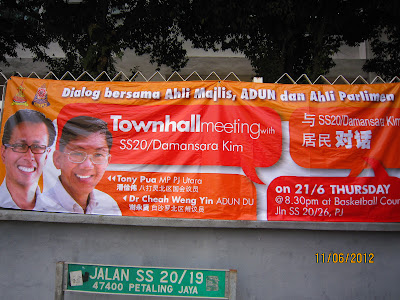 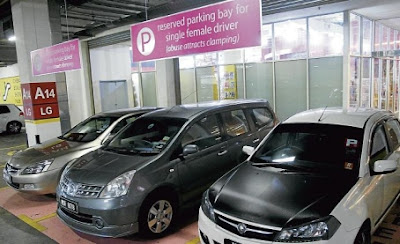 The VenusBuzz CARing Project is an initiative by online women's media channel VenusBuzz.com.

It was initiated last year after realising that not much was being done to make public spaces safe for women since  incidences such as the murder of Canny Ong in 2003.

Last week, a girl was kidnapped from the parking lot of The Curve but managed to escape without harm.

Actress Lina Teoh was harassed on the road and had her car attacked by men on motorcycles.  Read more ....
Posted by ss20pj at 3:26 PM No comments: