This is a video compilation of 4 robbery cases which happened in the Puchong & KL area from 23rd till 24th July, 2015.

The suspects used MPVs such as Toyota Vellfire & Estima with well dressed driver like a Dato Sri (suspected to be Malay who spoke Malay & English), 1 Indon (or Malay) & 2 Chinese men with parangs.

Remember to lock your house gate & doors & be more vigilant.

House breakin at Road 22, North Zone last Friday.
2 men entered the house through a window at about 10:20 pm by cutting the window grille. They carried away the safe and climbed over the brick wall fence with the safe.
The maid was in the house at that time but claimed that she did not hear anything.

'Estima Gang' Menace
PETALING JAYA: A gang of four parang-wielding robbers who move around in a white Toyota Estima are terrorising Klang Valley residents after pulling off at least 11 robbery cases in the past two months.

Except for two cases where they were reported to have come in a Toyota Vellfire and a Lexus MPV, the robbers had used a heavily-tinted white Toyota Estima in the rest of the robberies they committed.

The vehicles were fitted with false number plates in all cases.

Dubbed the “Estima Gang”, the robbers are behind nine cases in Selangor and two in Kuala Lumpur.

What you need to know about preventing seniors from falls 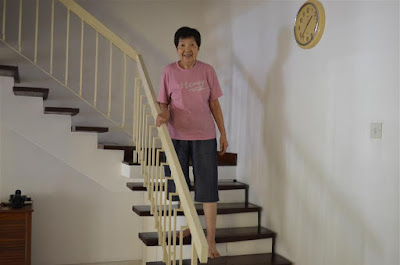 Are senior citizens falling at home or outside? If they are falling outside, what are the factors that cause them to fall? And if they are falling at home, one should be concerned about the home environment.
Questions pertaining to the elderly and falls are issues that interest Associate Professor Dr Tan Maw Pin of the Faculty of Medicine, Universiti Malaya. She is also consultant geriatician with Universiti Malaya Medical Centre.
“By asking specific questions, we’re able to tell how common falls are and where seniors are falling. If they are falling outside, is it because the pavements are uneven?” asked Dr Tan.  Read more
Posted by ss20pj at 10:34 PM No comments:

Programme aims to empower seniors to take charge of their health


There is a black hole with regard to social protection for the elderly in Malaysia. Post-retirement, there is no unified national strategy for social protection in the areas of healthcare and finances for seniors, said Associate Professor Dr Shahrul Bahyah Kamaruzzaman.
If an elderly person is not a pensioner, and they and their children are low-income earners, they are probably going to be dependent on the state for financial aid, said Dr Shahrul, a consultant geriatrician at Universiti Malaya Medical Centre (UMMC). And if complications set in for a sick elderly person, there is added financial burden.
“Many do not buy health insurance and not everyone has a golden nest egg. There is no national strategy to initiate savings from young or plan for old age,” said Dr Shahrul. Read more .....
Posted by ss20pj at 10:34 PM No comments:

David Cho, 68, a former bank officer, was a heavy smoker. When he found that it was getting more expensive to feed his habit, he quit smoking in 2005. “I used to smoke 60 cigarettes a day or three packets. In those days, a packet of cigarettes cost RM7. Today, it is more than RM10,” said Cho. “I’m better off spending money on nutritious food.”

In 2007, he had a stroke. He woke up one morning and experienced immobility on the left side of his body. Then last December, Cho slipped and fell when he stepped on a pool of water on mossy ground. He fractured his arm.
These days, he walks slowly and uses a cane to steady himself. He has not regained full use of his left hand. Cho enrolled as a participant in Universiti Malaya’s Malaysian Elders Longitudinal Research (MELoR) last month.
“I get free blood tests and health checks. I’m more informed about my health status,” said Cho who does tai chi daily to keep fit.
“Every new day is a bonus,” he added.
Chua Piak Chwee, 69, a former agricultural officer, is pleased with his health screening by MELoR. “Except for my high cholesterol, I’ve no major health problems.” Cho has been on medication for mild hypertension and cholesterol for the past decade.
“Knowing my health status gave me confidence. A blood test can cost over RM100. At MELoR, the health screenings are free for all participants,” said Chua.
During the home interviews by MELoR, he was asked if he would stay in a retirement village if one was built.
“I would rather stay in a well-run retirement village with medical facilities than go to a nursing home which is not well run. Anyway, retirement villages or nursing homes are for those who are not independent and do not have family support,” said Chua, who added that he would rather stay home with his family.
As a MELoR participant, Chua received tips on keeping his home safe and age-friendly. “When using the staircase, hold the railing. The bedroom should be kept simple without any obstruction. Bathrooms should not be wet and slippery but kept dry. And use slip-free mats.”
Datin Dr Lim Ah Lan, 67, a former Botany professtor at Universiti Malaya, said: “MELoR is trying to use a sampling of the elderly participants and postulate what kind of senior citizens would live healthily and happily.”
A MELoR participant, she reckoned the study also wants to find out “what kind of environment and social interaction are vital for the health and well-being of senior citizens in Malaysia”.
Accountant Cheah Hai Tah, 76, said that by joining MELoR, he can get his health problems checked. He has eye problems and tinnitus.  Read more ......
Posted by ss20pj at 10:32 PM No comments:

A briefing will be held to inform residents of the installation and upgrading of existing sewerage pipes along Jalan SS20/10 and Jalan SS20/11 on: 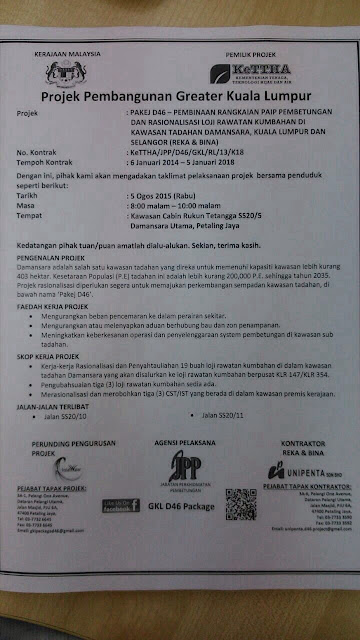 Invitation to all SS 20 residents from Rukun Tetangga SS 20 Damansara Utama to a Cooking Demonstration. 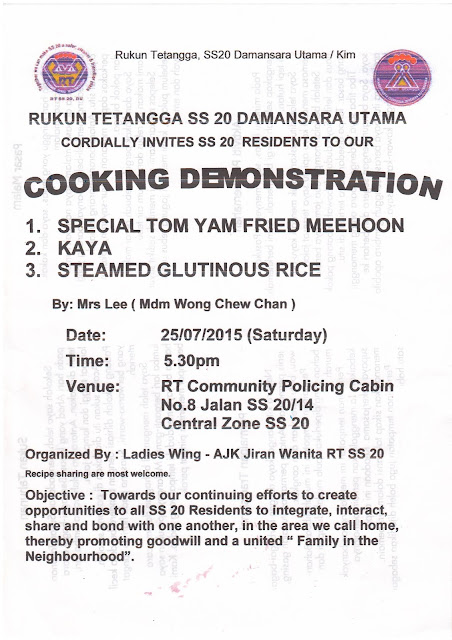 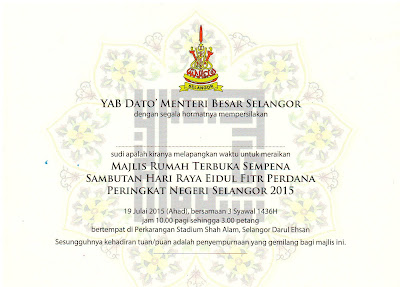 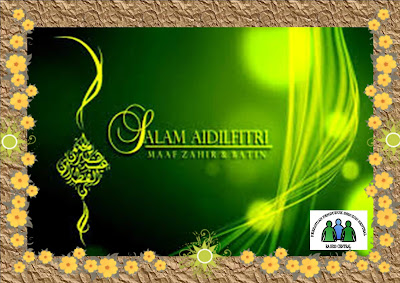 SS20 residents were given a durian treat from Mr Leong from the Central Zone on Monday night.


A strong and penetrating aroma filled the air around Cabin 8 and everyone were seen to be immersed with the delicious and sweet flesh of the Musang King, D24, D101, etc.

Thank you, Mr Leong for a satisfying and almost therapeutic treat.

Also present at the party were Sjn Zulkifli and Kpl Zahrein from Balai Polis Damansara Utama. 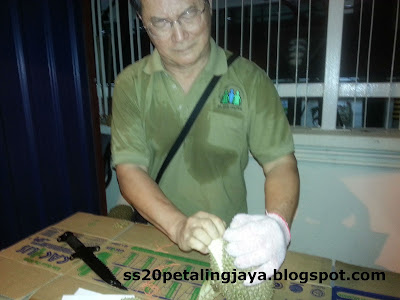 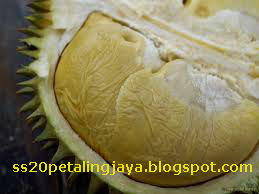 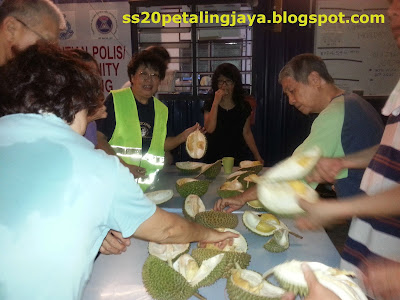 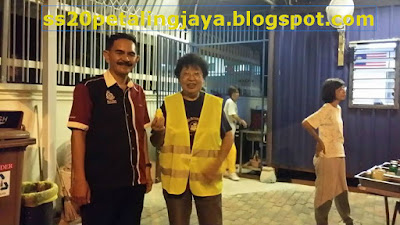 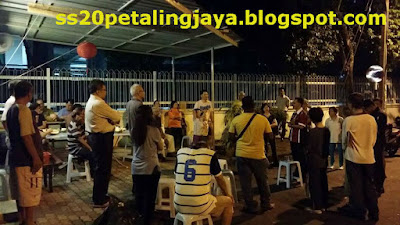 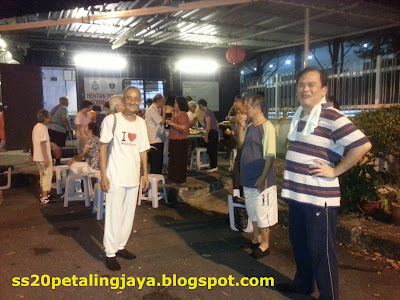 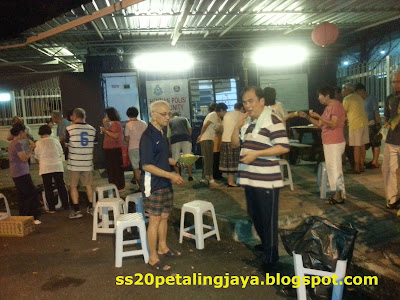 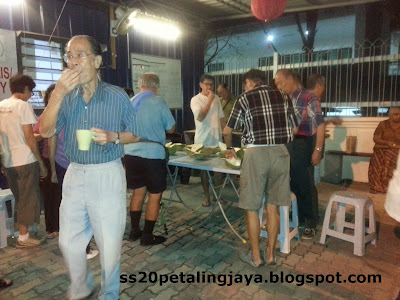 3 masked Indian men with parangs robbed a family at Road 7 (non-guarded area) last week.
The men entered SS20 with a child in a car to avert suspicion. No one was injured during the incident but 2 cars and valuables were stolen. 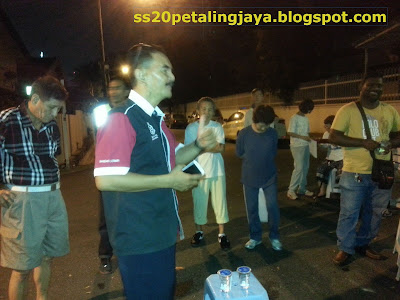 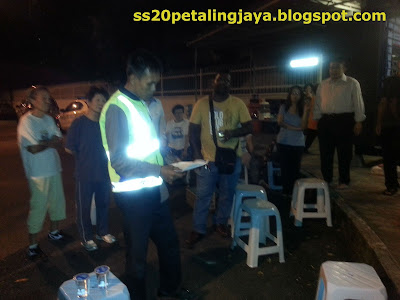 13 July 2015
Police have advised the public to be careful when lending a hand to riders who appear to have fallen off their motorcycles because they could be robbers.

According to Ampang Jaya district police station, two people were recently robbed after they stopped their car to help two suspects in Taman Chempaka. The suspects had purposely fallen off their motorcycle in front of the victims’ car. As expected, the 67-year-old male victim alighted from his car and found himself being threatened with a knife by one of the suspects. The other suspect then went to open his car door and grabbed the handbag of the other victim still sitting in the car. Both victims suffered about RM1,000 in losses, which included cash and a few items.
Posted by ss20pj at 1:26 PM No comments:

Schedule of collection of domestic waste, garden/bulk waste by MBPJ. 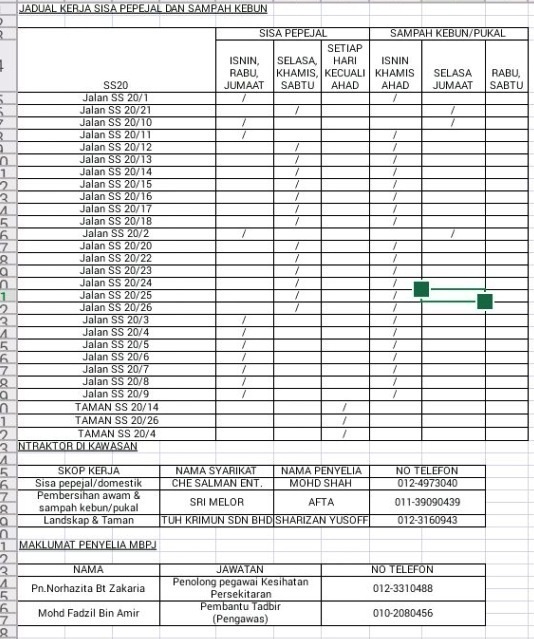 Slideshow of health screening and free talk organised by the Ageing & Age-Associated Disorders Research Group of University Malaya and RA SS20 Central Zone on July 4, 2015 at SMK Damansara Utama, Petaling Jaya uploaded by the Star on YouTube.
Posted by ss20pj at 9:55 PM No comments:

Enforcement officers sniffing out those not separating waste

IF you’re residing on landed property in Kuala Lumpur, don’t be surprised to see uniformed personnel looking through your rubbish bins. 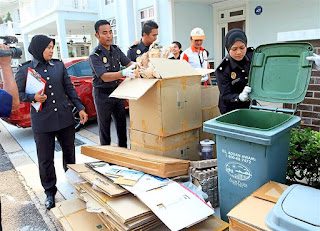 They are enforcement officers from the Solid Waste and Solid Cleansing Management Corp (SWCorp) checking to see if the population is separating their rubbish.
House-to-house checks are already being carried out in selected housing areas in Putrajaya, Kuala Lumpur, Pahang, Johor, Malacca and Negri Sembilan.
“The enforcement team is being mobilised under the Solid Waste Management and Public Cleansing Act 672.

“Before this, we have already started our public engagement by going from house to house telling people what is trash separation and how it should be done.
“Starting from today, we will issue friendly reminders to homeowners who have not separated their trash,” said Faridah Bahara Nordin from the enforcement and monitoring division of SWCorp during an operation at Precinct 18 in Putrajaya.  Read more .....
Posted by ss20pj at 4:08 PM No comments:

PETALING JAYA: A continuous hot and warm season would give rise to dengue cases as it is the perfect condition for mosquito-breeding, warn health experts. 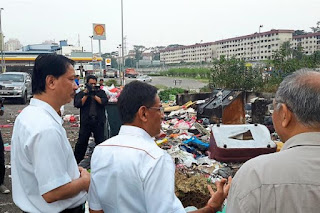 Dr Muhamad Hazizi Muhamad Hasani, who is the Malaysian Integrated Medical Professionals Association (Mimpa) operations director, said there were several factors that contributed to the rise of dengue.

He said a prolonged hot season, coupled with a few rainy days, allowed more mosquitoes to breed at stagnant water areas.
“With such conditions, they can breed and become more active. They can even fly twice further,” he said yesterday.
He said cooperation from the public was ­needed to combat the rise of dengue as the authorities embarked on several efforts to contain its spread.  Read more .....
Read: Don't wait until it's a case of once bitten twice shy
Posted by ss20pj at 10:42 PM No comments:

A free health talk titled 'Falls in Older People' with free blood sampling and health screening was organized by the RA SS20 Central together with The Ageing and Age-Associated Disorders Research Group from University Malaya at SMK Damansara Utama, PJ on Saturday, 4 July 2015. 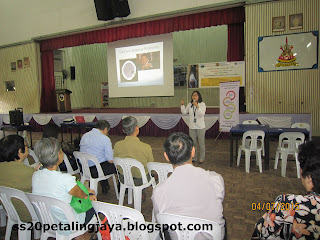 About 130 people turned up to listen to the talk and took part in the health screening. 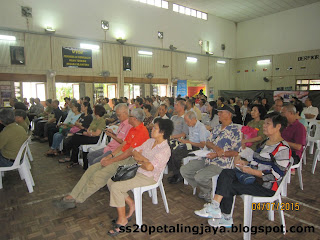 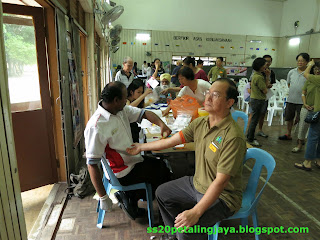 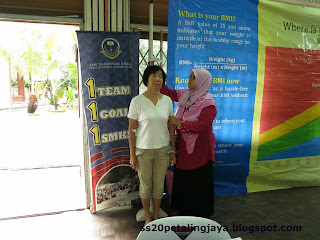 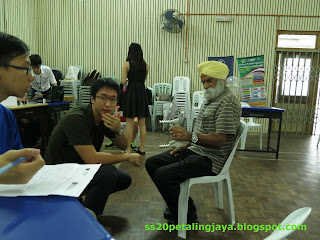 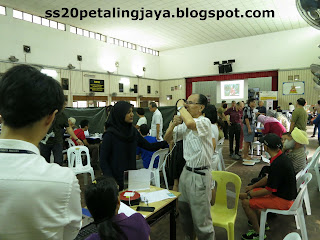 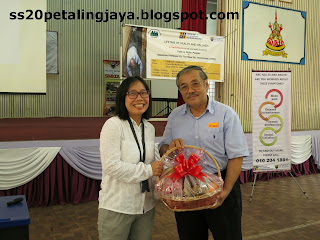 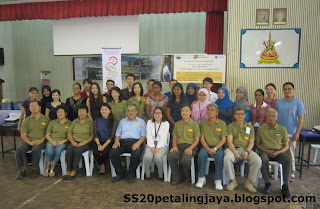 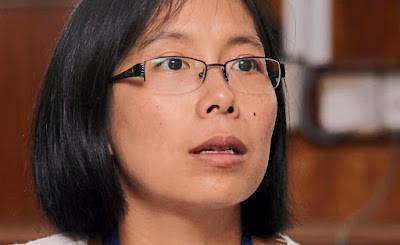 The Ageing & Age-Associated Disorders Research Group of Universiti Malaya, together with the Residents Association SS20 Central Zone, are inviting all senior residents and their families in SS20 Petaling Jaya to a free talk and health screening event.
Assoc Prof Dr Tan Maw Pin of UMMC is the special guest who will give the talk on “Falls in Older People”.
Free health screenings for weight and height, blood pressure, gait and balance, lung capacity and memory tests will be available.
This collaboration between Universiti Malaya and Residents Association SS20 Central Zone is part of the association’s activities under it’s campaign, “Lifetime of Health and Wellness”.  READ MORE .....
Posted by ss20pj at 9:54 PM No comments: