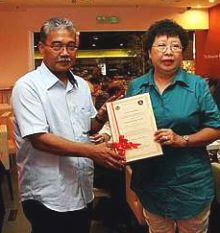 Supt Abdul Razak Elias has been promoted and transferred to Serdang as the police chief. He will be replaced by Supt Ding.

Congratulations to Supt Abdul Razak and Supt Ding on their new posting.