The Police Motorcycle Patrol Unit has been implemented by the government in an effort to help reduce crime in the country.

The motorcycles are equipped with a lights and siren system and also a call-set system to enable the respective district police or Bukit Aman to alert the patrol unit to a distress call.

The unit will conduct round-the-clock patrols in teams of two in residential areas in shifts and also busy areas such as commercial areas, recreational parks and schools in addition to the regular patrolling that we are having now.

For a start, the patrol unit will only be patrolling Bandar Utama, so SS20 will not be seeing them just yet ..... 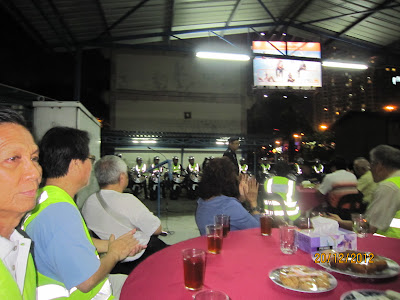