RAs get extension to submit application for boomgates and guard booths 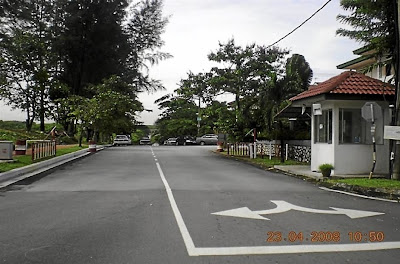 According to MBPJ guidelines, guard booths are allowed at road shoulders to a size not exceeding 1.8m x  2.4m. Other sizes can be considered, depending on the road reserve. - Photos courtesy of MBPJ

A PLANNED inspection of two neighbourhoods in Bandar Utama and Ara Damansara regarding the status of their illegally-erected boomgates and guard booths was called off at the last minute.
It was learnt that representatives from the Petaling Jaya City Council’s (MBPJ) Engineering, Planning and Development, Complaints and Enforcement departments had planned to inspect the areas yesterday morning.
However, sources revealed that the city councillor responsible for Ara Damansara, Khairul Anuar Ahmad Zainudin, had requested a day’s extension to allow the residents association (RA) to hand in its application.   Read more ......
Posted by ss20pj at 10:08 AM