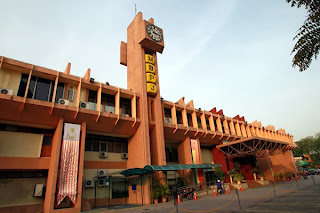 RESIDENTS are invited to give feedback on the proposed changes to the Petaling Jaya Local Draft Plan 1 (RTPJ1) and Local Draft Plan 2 (RTPJ2). They can do so at the Petaling Jaya City Council (MBPJ) headquarters in Jalan Yong Shook Lin.
MBPJ has made amendments to the RTPJ 1 (second amendment) and RTPJ 2 (first amendment).
“These changes are done based on public suggestions and comments during our workshops with them,” said Petaling Jaya mayor Datin Paduka Alinah Ahmad.
She said during the full board meeting that the changes were necessary in view of MBPJ’s future transportation and development plans.
Changes in the RTPJ 1 include one light rail transit (LRT) station in Taman Jaya, which is made as part of MBPJ’s Transit plans (Zon Perancangan Transit) for 2014.
In RTPJ 2, 21 plots of land have been earmarked for a change in land status.
The affected plots include state land, recreational reserve land and public space.
In addition, there will be six changes involving public transport services.
Mass rapid transit (MRT) stations include the one at 1Utama, The Curve, Dataran Sunway and PJU5.
Other train stations include the Ara Damansara LRT station and the Setia Jaya commuter station.
Residents can view the full plans at Menara MBPJ from now until end of the year.
Posted by ss20pj at 2:52 PM