Armed with info to fight crime 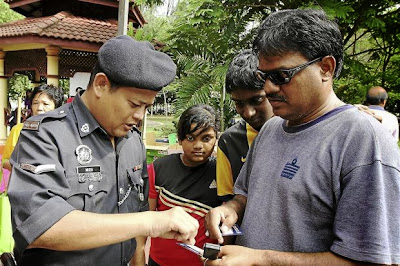 THE Royal Malaysia Police (PDRM) has embarked on a pilot project called the Electronic Sector or better known as (E-Sector) to help combat crime in Petaling Jaya neighbourhoods.
The project will see 24 police personnel gathering information from about 14,000 residents living in SS20, SS21 and SS22 Damansara.
Damansara police station OCS Mohd Isa Abdullah explained the details of the project to the residents recently.
He said the police would collect details such as residents’ identity card number, their vehicle registration, number of occupants in a house, and other relevant details.
He said the information gathered would be fed into an electronic system managed by the police.
The project involves three police officers put in charge of a residential zone, with the same officers conducting frequent checks in the area.
Mohd Isa said the E-Sector project would help the police to foster better ties with members of the community as well.     read more ,,,,,,
Posted by ss20pj at 2:15 PM