1) On Saturday night, four (4) robbers charged into a house at Road 21 while the family of old and young, was finishing their buka puasa get together and robbed them of cash, jewelry, etc.

The robbers came on motorcycles and were armed with parangs which they used to threaten the family. The robbers were reported to be young Malays, and one of them was possibly a female. A police report has been made at the DU police station.

2) On a separate issue, most of you would know that the Southern Zone "southwest side" G&G scheme has stopped more than a month ago. Some of the residents are at the moment trying to revive the scheme, especially in view of the Road 21 robbery incident.

3) The majority of us, Central Zone residents, are well aware that we are still fortunate to have a G&G scheme in place. This gives us the comfort that a robbery incident like the one in Road 21 is "very much LESS likely to occur". By having all (except one) entrances blocked off, 24 hour guards present at the entry point and scheduled patrols, it stops would-be robbers rounding/scouting our area. While our guards are not expected to confront "armed" individuals, they will promptly alert the police who can send in their patrol cars and personnel.

4) We appeal to all households in the Central Zone to contribute to the pooled fund to keep the scheme going for the sake of everyone in the community.

Always keep vigilant of your surroundings. Call the Damansara Utama Police station, at 03-77222222 to send their patrol car (MPV - mobile police vehicle) if you see any suspicious persons around our area. 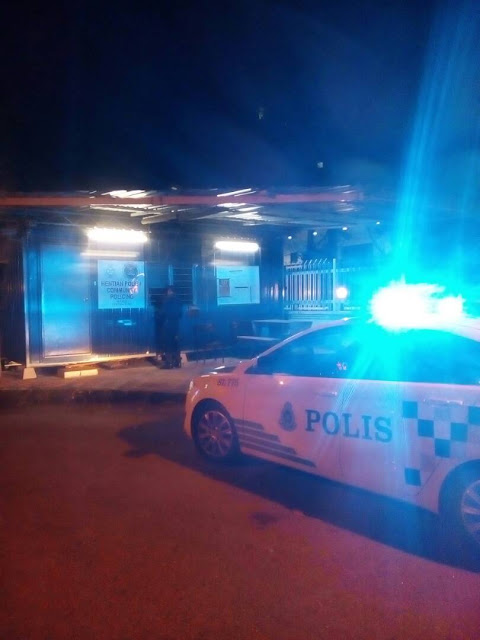