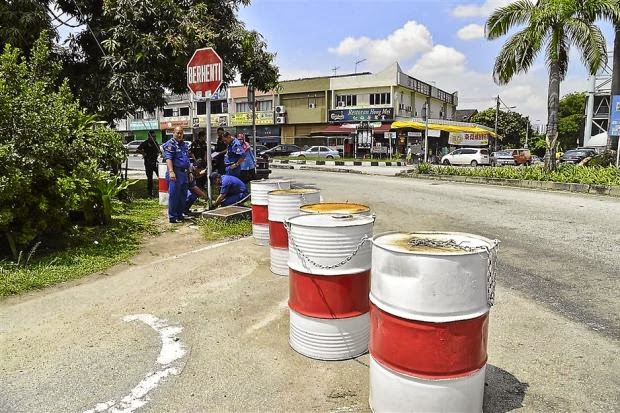 Taking action: MBPJ enforcement officers removing the barriers put up along Jalan SS22/41 and Jalan SS22/2 in Damansara Jaya during the operation.


RESIDENTS in SS22, Damansara Jaya are angry after the Petaling Jaya City Council (MBPJ) removed barriers in their neighbourhood.
They said MBPJ had acted in a high-handed manner by removing the barriers put up for their security along two roads in the area.
“There was no attempt to discuss the matter or even inform us about the action,” said Damansara Jaya Residents and Owners Association (DJROA) chairman Datuk Yew Cheng Hoe.
He said Damansara Jaya was one of the first neighbourhoods to implement and register its gated-and-guarded scheme with MBPJ.
He said a copy of DJROA’s application to implement the scheme was sent to the mayor’s office in 2008.    Read more  .......
Posted by ss20pj at 1:42 PM